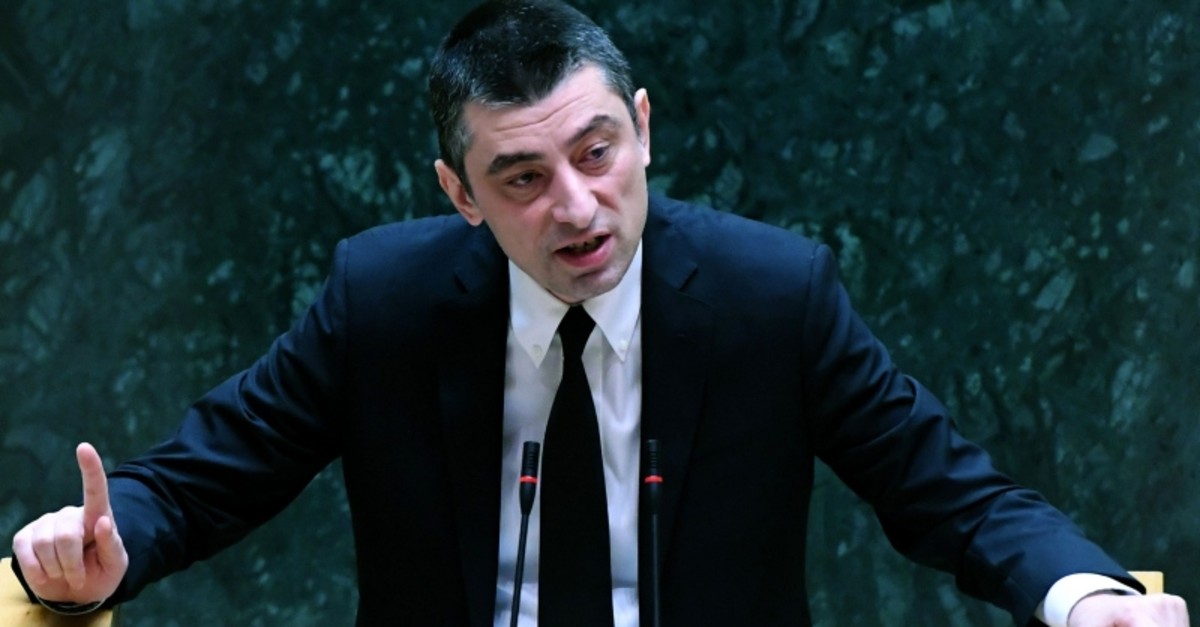 New Georgian Prime Minister Giorgi Gakharia speaks at the Parliament in Tbilisi as he faces a confidence vote, on September 8, 2019. (AFP Photo)
by Sep 08, 2019 7:33 pm

The republic of Georgia's parliament on Sunday appointed a new prime minister, Giorgi Gakharia, who in a speech to the legislature condemned Russian occupation of two breakaway regions Abkhazia and South Ossetia.

"We all agree that occupation is the biggest problem, the biggest challenge, the greatest evil for our country," Gakharia said ahead of being appointed, state broadcaster First Channel reported.

Gakharia, previously Georgia's interior minister, courted controversy three months ago with a police crackdown on mass anti-Russian protests in the capital, Tbilisi, incited by the visit of a Russian delegation.

The delegation had come to promote ties between countries where Orthodox Christianity is widely practised. One member of the delegation, a Russian senior lawmaker, was allowed to chair a meeting in the Georgian parliament.

The parliament's chairman at the time resigned in an effort to appease the protesters. There were also some calls for Gakharia to resign.

Gakharia is supported by the dominant Georgian Dream party, which has taken a centrist approach to strengthening relations with the West while attempting to preserve some beneficial economic ties with nearby Russia.