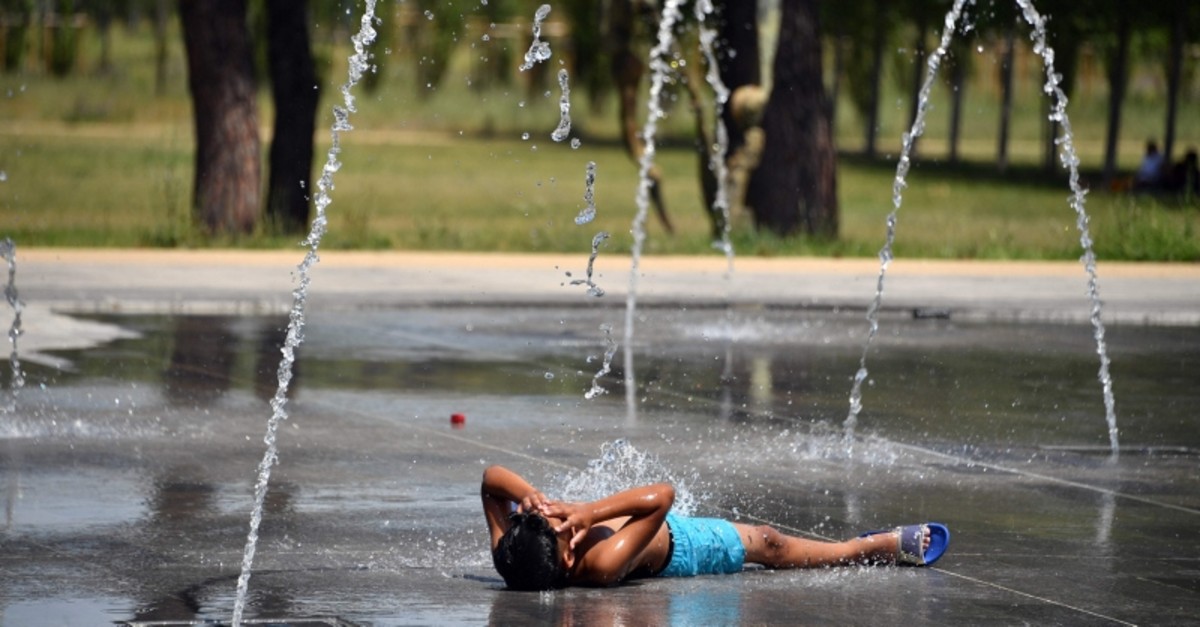 In this file photo taken on June 27, 2019 a boy lies on the pavement as he cools off under water jets at a fountain in Montpellier southern France, during a heat wave. (AFP Photo)
by Compiled from Wire Services Sep 09, 2019 12:19 pm

Agnes Buzyn, speaking on France Inter radio Sunday, said there were over 1,000 more deaths that the annual average for the time of the year, and half of those were aged over 75. She said there were 18 days of recorded heat wave in France this year during June and July.

She noted, however, that it represented many fewer deaths than the scorching heat wave in 2003 that claimed 15,000 lives.

She said: "We have succeeded — thanks to prevention, thanks to workable messages the French population heeded — to reduce fatalities by a factor of 10."

In around half of the cases, the victims were aged 75 or older, she told news channel Franceinfo.

France was hit by two heat waves this summer. In late June, temperatures peaked at 46 degrees Celsius in Verargues in the south of France, a new record. Temperatures of up to 45 degrees were measured also in several other locations.

Since the extreme summer heat of 2003, the French government has taken several steps to help mitigate the effects of extreme temperatures.

In the Paris metro, for example, announcements in several languages reminded people to drink enough water and pay particular attention to children and senior citizens.