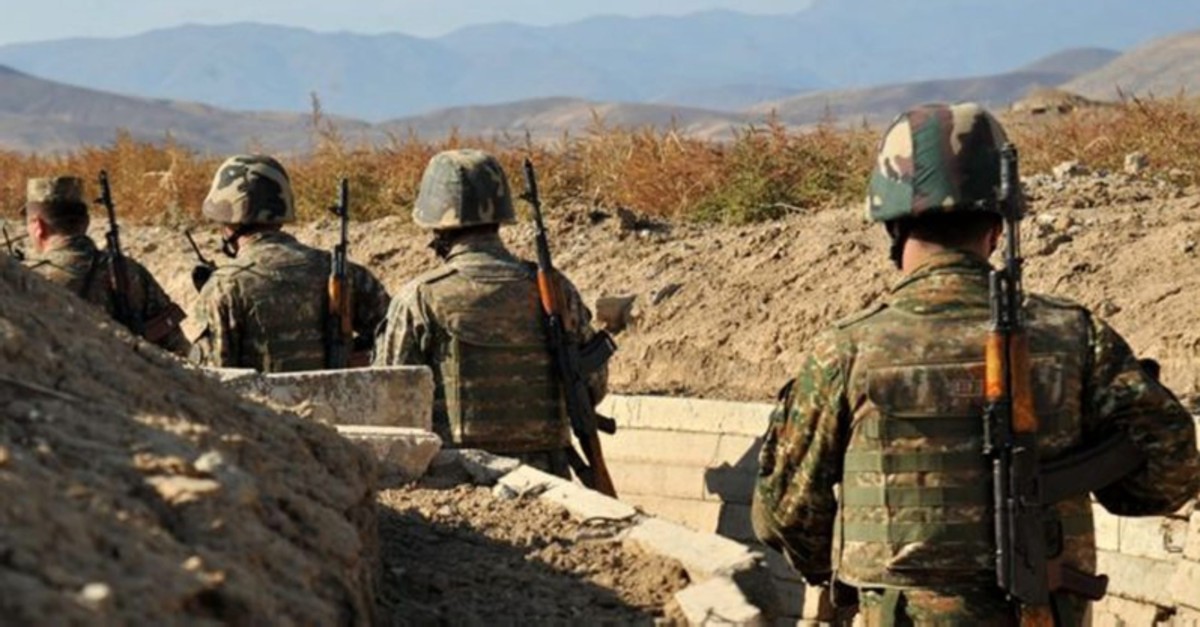 An Azerbaijani soldier was killed by Armenian fire on the Nagorno-Karabakh line of contact, Azerbaijan's defense ministry said Monday.

According to a statement by the ministry, soldier Ramin Abdulrehmanov accidentally entered the area between the two sides' positions and was shot by Armenian soldiers.

The ministry denied the claims in Armenian media of provocation by the Azerbaijani army on the Nagorno-Karabakh line of contact.

The statement said that the Azerbaijani side has applied to the International Committee of the Red Cross for the safe retrieval of the fallen soldier's body.

Karabakh — a disputed territory between Azerbaijan and Armenia — broke away from Azerbaijan in 1991 with military support from neighboring Armenia, and a peace process has yet to be implemented.

The Nagorno-Karabakh line of contact is a militarized separation barrier that divides Armenian and Azerbaijani forces. It was established immediately after the May 1994 cease-fire that ended Nagorno-Karabakh War and is monitored by six Organization for Security and Co-operation in Europe (OSCE) observers.

Exchanges of fire occur on a regular basis on the line of contact.