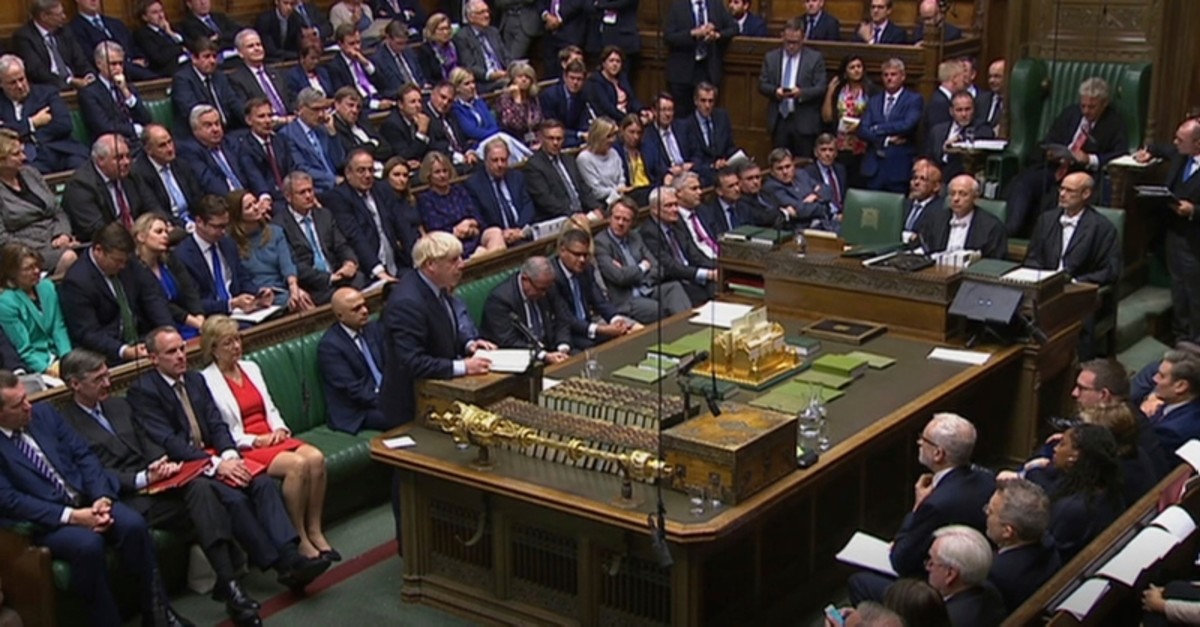 An unrepentant Prime Minister Boris Johnson brushed off cries of "Resign!" and dared the political opposition to try to topple him Wednesday at a raucous session of Parliament, a day after Britain's high court ruled he acted illegally in suspending the body ahead of the Brexit deadline.

Johnson emphatically defended his effort to withdraw Britain from the European Union by the Oct. 31, with or without an agreement with the EU.

"I say it is time to get Brexit done," he declared, accusing his opponents of trying to frustrate the will of the people, who voted for Brexit in 2016.

In an extremely unusual move, Johnson said the government would welcome a no-confidence motion from any of the opposition parties — a step that could bring down his government and lead to a new election.

"Will they have the courage to act or will they refuse to take responsibility yet again and do nothing but delay?" Johnson said as he taunted lawmakers. "This Parliament must either stand aside and let this government get Brexit done or bring a vote of no-confidence and finally face the day of reckoning with the voters."

Johnson wants to hold an election in hope of breaking the stalemate over Brexit that has left Britain's departure in limbo. But earlier this month lawmakers rejected a call for a snap poll, and it seemed unlikely they would take the bait.

The leader of the main opposition Labour Party, Jeremy Corbyn, refused to rise to the challenge. Corbyn said Johnson should secure a delay to Britain's EU exit — "then let's have an election."

Corbyn said Johnson "should have done the honorable thing and resigned" after the Supreme Court ruled that his attempt to suspend Parliament for five weeks was unlawful because it thwarted debate over Brexit. Johnson has said he won't quit.

Johnson is on a collision course with Parliament over his determination to pull Britain out of the EU with or without a withdrawal agreement. Parliament has passed a law requiring him to seek a Brexit extension if there is no deal, but Johnson has said he won't do that under any circumstances.

Johnson accuses his opponents of being scared of the public and has begun to position himself as the champion of the people facing a recalcitrant establishment bent on frustrating the 2016 vote to leave the EU.

The offer comes after a day of heated exchanges in the House of Commons as lawmakers vented their pent-up anger over Johnson's failed attempt to suspend Parliament and warning that democracy itself is under threat from the government.