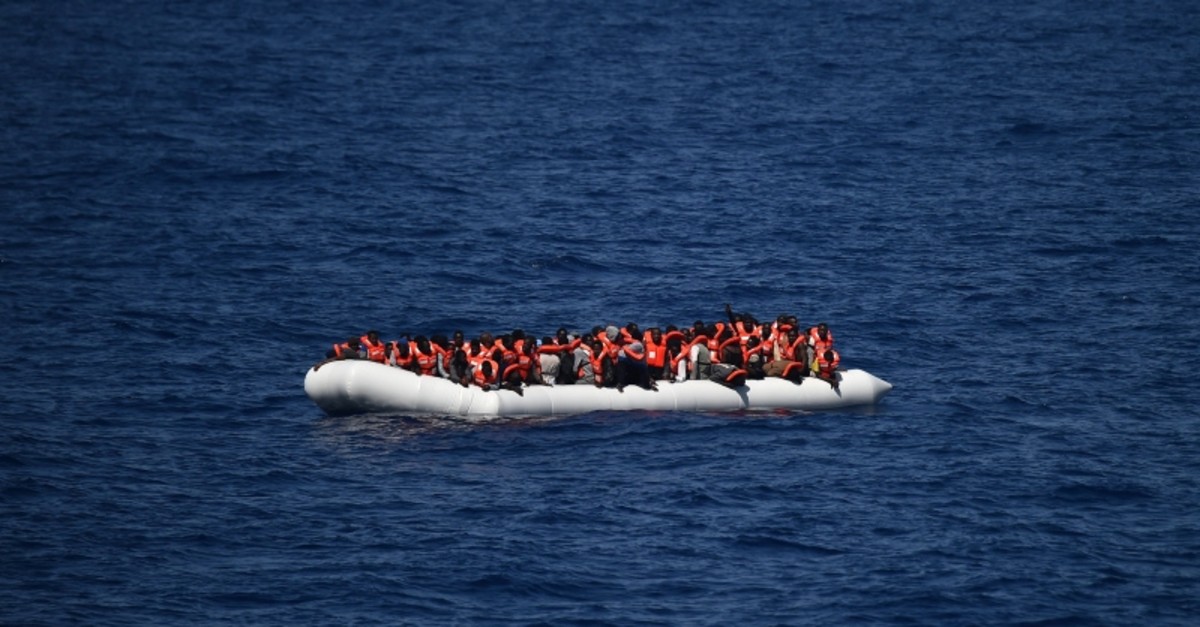 This file photo taken on May 24, 2016 shows refugees waiting on a rubber boat to be rescued during an operation at sea (AFP Photo)
by Compiled from Wire Services Sep 27, 2019 5:44 pm

Four other people are missing in the incident.

So far 12 people have been rescued, including four children, five men and three women.

An extensive search and rescue operation has been launched, while more vessels were heading to the same area to assist in the efforts, the Greece-based state news agency ANA-MPA reported.

Authorities have not provided details of the nationalities of the victims.

Several coast guard vessels and an aircraft operated by the European border agency Frontex and a Hellenic Air Force helicopter were also present in the area, searching for missing people.

Patrol vessels and a search-and-rescue aircraft from the European Union's border protection agency Frontex were involved in the effort.

Migrant arrivals on the eastern Aegean islands have surged in recent weeks.

In Italy, two alleged human traffickers have been detained by police in the Sicilian town of Messina, after disembarking from the humanitarian ship Ocean Viking with 180 other migrants.

Police said that the alleged traffickers, both Egyptian, were detained after they were identified by several witnesses who were on board and have helped investigators to reconstruct the events that happened before the migrants' departure from Libya.

Investigators said the witnesses told them they had paid a sum of money for the trip to Italy and then had been detained for a few days in a Libyan shed before being embarked for the dangerous trip.

A total of 182 people, rescued a week before from fragile boats off the Libyan coast, arrived in Sicily on Tuesday after days at sea.