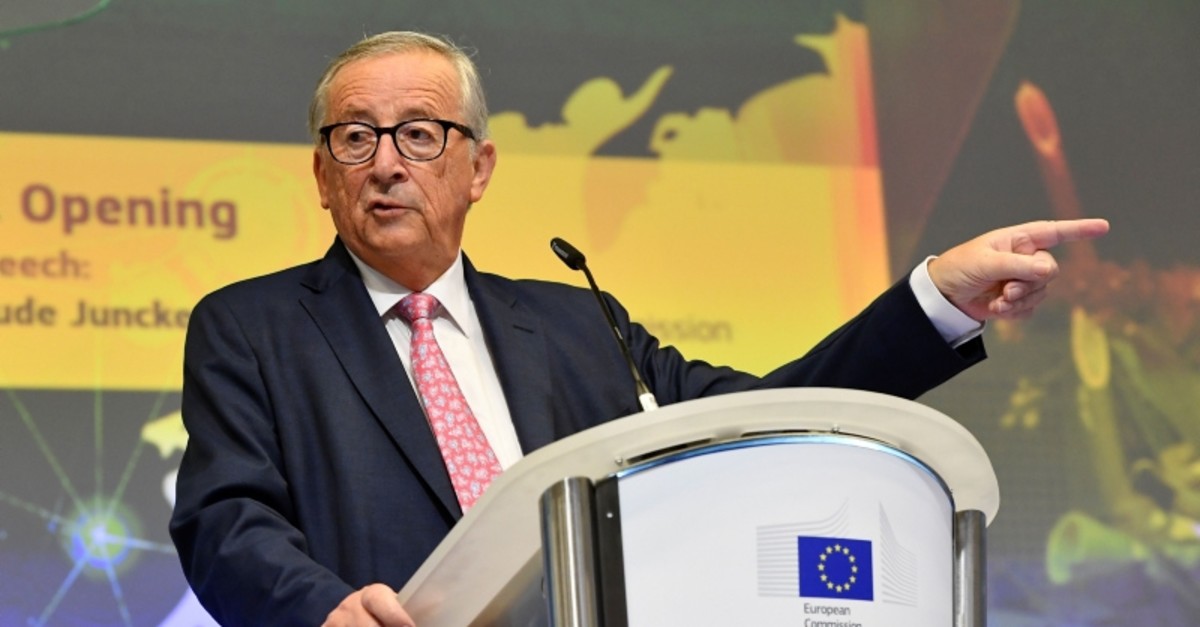 Jean-Claude Juncker, the president of the European Commission, said he and the European Union's chief Brexit negotiator Michel Barnier were doing all they could to get a Brexit deal, and if they failed it would be Britain's responsibility.

In an interview with a German newspaper, Juncker said he and Barnier were working intensively for a deal, because it would be a catastrophe for Britain and Europe if Britain left the EU without an organized withdrawal process.

"Our chief negotiator Michel Barnier and I are doing everything possible to get an agreement," he told the Augsburger Allgemeine newspaper. "But if we don't succeed in the end, the responsibility would lie exclusively on the British side."

Britain is scheduled to leave the EU on Oct. 31. Officials in Brussels say Prime Minister Boris Johnson has made little progress in negotiating a new exit deal to replace the one agreed by his predecessor Theresa May, but which was rejected three times by the British parliament.

Juncker added that negotiations on a future trade relationship between Britain and the EU would be greatly complicated by a disorderly Brexit.

"We will want to and need to seal a free trade agreement," he said. "But that won't happen just like that, as some in Britain imagine. Some of the trade deals we sealed in my term of office took many years to reach."