1 killed, 10 injured in attack at vocational college in Finland 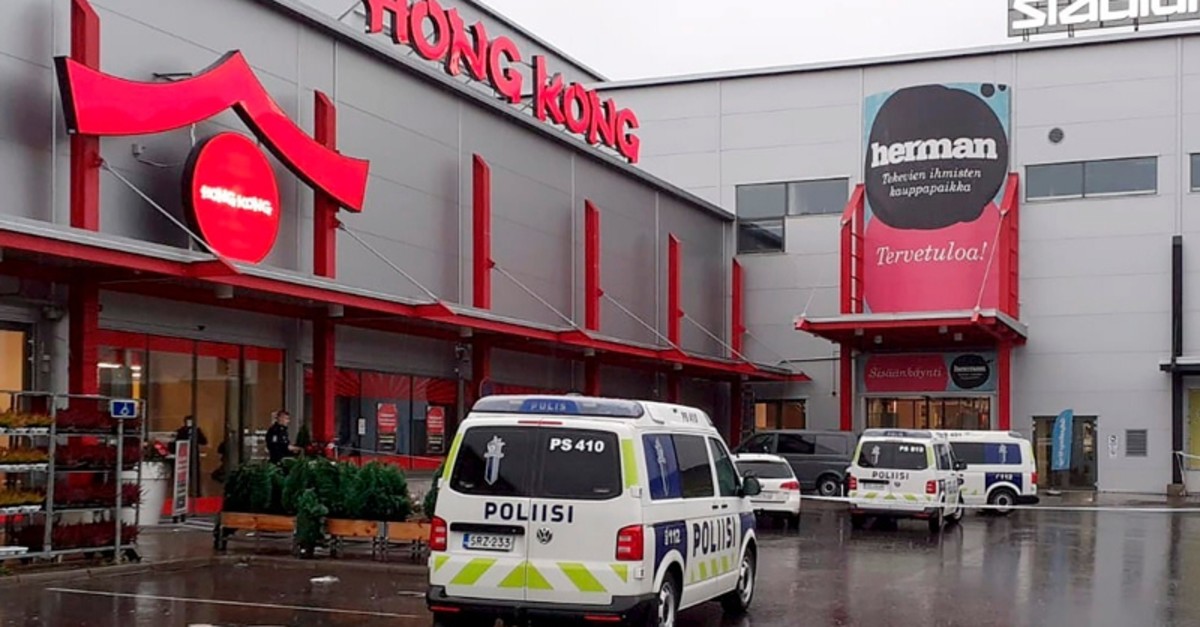 A man armed with a bladed weapon attacked students at a vocational college in eastern Finland on Tuesday, killing one person and injuring nine more, police said.

Local media quoted witnesses as saying a young man with a sword had burst into a classroom.

"The suspect was armed with some sort of bladed weapon," a spokesperson for East Finland Police told AFP.

The man, a Finnish citizen, was also carrying a gun, police said on Twitter.

The suspected attacker, who was detained, was also injured in the attack in the town of Kuopio, police said.

Eyewitness reports in Finnish media said the suspected assailant burst into a classroom in Savo Vocational College on Tuesday morning.

"He hit a girl in the neck with a sword and stabbed her in the stomach," an unnamed eyewitness told Keskisuomalainen newspaper. The attacker also set off "some sort of small firebombs," the eyewitness said.

Another eyewitness, Roosa Kokkonen, who works in a car garage opposite the college, told Finnish TV channel MTV that a teacher with blood running from her hand came fleeing out of the building.

"While I was helping the teacher, I started hearing other shouts for help. Students were running away and into my garage," Kokkonen told MTV News.

She also told Finnish news agency STT that students described the weapon as "a long sword," and that he "started swinging the sword around in the class."

Police have yet to confirm a motive for the attack, or whether the suspect is a student at the college.

"Officers used firearms during the situation. Police have detained one perpetrator. The injured have been evacuated," East Finland police said in a statement.

A police spokesperson told AFP that two of the 10 injured remained in a serious condition.

In a tweet, Finnish Prime Minister Antti Rinne described the attack as "shocking and utterly reprehensible."

Violent crime is relatively rare in Finland, a sparsely populated Nordic nation of 5.4 million people. However two school shootings in the late 2000s caused widespread shock and led to changes in the country's gun laws.

In 2007, an 18-year-old man killed seven students as well as the headteacher of a high school in the small town of Jokela, southern Finland.

A similar attack the following year at a university of applied sciences in Kauhajoki, western Finland, claimed 10 lives as well as that of the 22-year-old gunman.

In 2017, two people were killed and eight injured in a stabbing attack in the main square of Turku, a city in southwest Finland. The perpetrator, Abderrahman Bouanane, an asylum seeker, was later sentenced to life imprisonment for murder and attempted murder with terrorist intent.