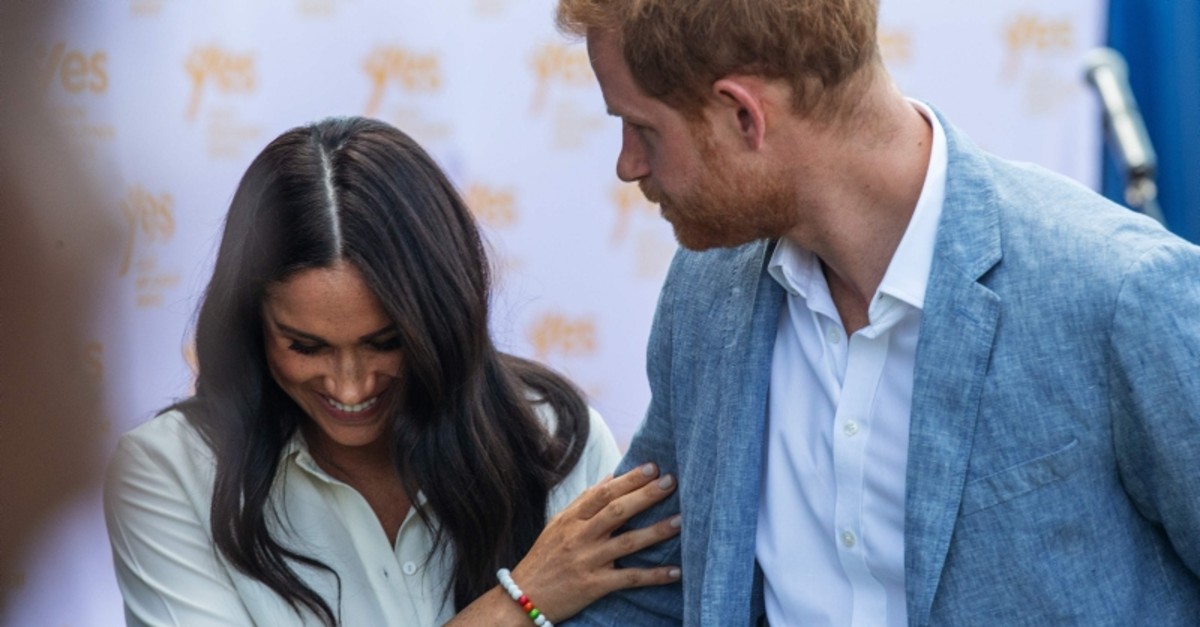 Britain's Prince Harry and his wife, Meghan Markle, on Wednesday wrapped up a 10-day tour of Africa, but their last day on the continent was overshadowed by news that the couple is taking legal action against the British tabloid press.

In an emotional statement posted online late Tuesday, the Duke of Sussex accused the tabloid press of waging "a ruthless campaign" against Meghan throughout her pregnancy and after the birth of their now almost 5-month-old son, Archie.

"The positive coverage of the past week from these same publications exposes the double standards of this specific press pack," he said, referring to the Africa trip - their first official tour as a family.

"[It] has vilified her almost daily for the past nine months; they have been able to create lie after lie at her expense simply because she has not been visible while on maternity leave," he added.

Harry announced that the couple is suing one media group in particular for publishing a private letter Meghan had written to her father. He called the publication of the document "unlawful" and said it was done in "an intentionally destructive manner."

Schillings, the law firm representing Meghan, said that legal action has been launched against the Mail on Sunday newspaper and its parent company Associated Newspapers.

"Given the refusal of Associated Newspapers to resolve this issue satisfactorily, we have issued proceedings to redress this breach of privacy, infringement of copyright and the aforementioned media agenda," it said.

Harry made reference in the statement to his late mother Diana, the Princess of Wales, who was killed in a car crash in Paris in 1997 after being pursued by paparazzi.

"My deepest fear is history repeating itself," he said. "I've seen what happens when someone I love is commoditized to the point that they are no longer treated or seen as a real person. I lost my mother and now I watch my wife falling victim to the same powerful forces."

The royal couple will fly back to London on Wednesday evening, after a visit of southern Africa that focused heavily on social and environmental topics.

"These experiences have affirmed our love of Africa, and the issues that are so important to us," Harry said on Wednesday in the South African city of Johannesburg, according to a post on the couple's Instagram account.

"We want to do all we can to play our part in building a better world," he added. "We will always seek to challenge injustice and to speak out for those who may feel unheard."

"In a world that can seem so aggressive, confrontational and dangerous, you should know that you have the power to change it," Meghan said during a separate speech in Johannesburg. "Everyone has value, and everyone deserves to be heard and respected."