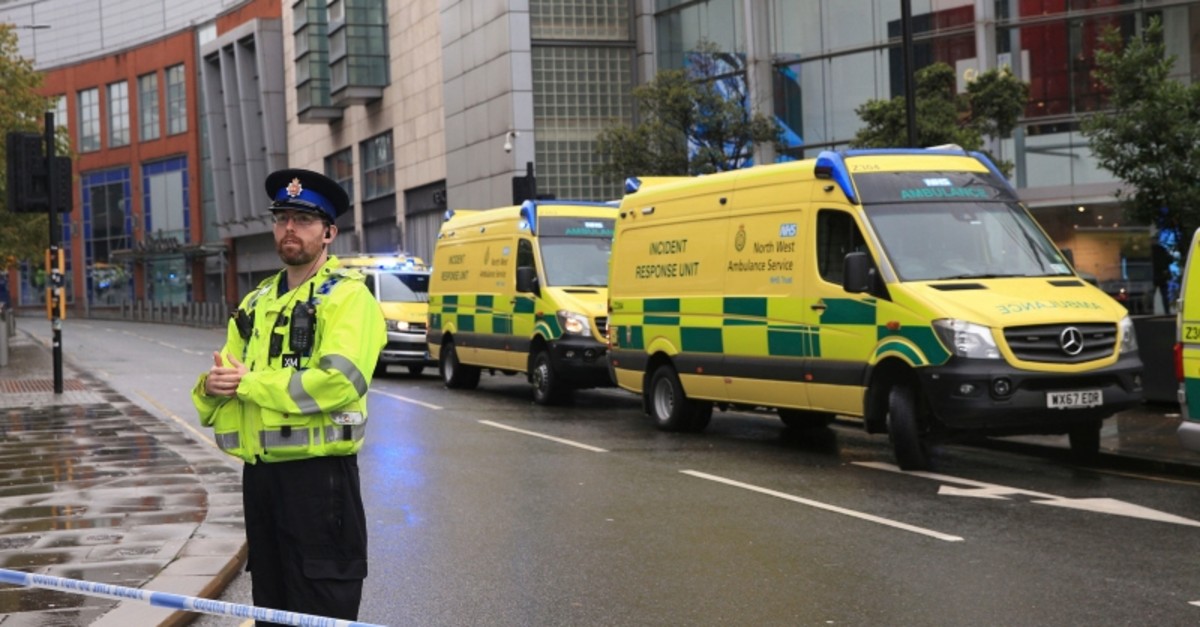 Police outside the Arndale Centre in Manchester, England, Friday October 11, 2019, after a stabbing incident at the shopping center that left 5 people injured. (AP Photo)
by Oct 11, 2019 3:09 pm

A man arrested for allegedly stabbing several people at a shopping center in Manchester, northwest England, is being held on terror charges, police said on Friday.

Assistant Chief Constable Russ Jackson, of Greater Manchester Police, said the man was being questioned "on suspicion of the commission, preparation and instigation of an act of terrorism".

Jackson said the suspect, identified as a man in his 40s armed with "a large knife," injured five people and was believed to be acting alone.

"He began lunging and attacking people with the knife," he told reporters.

"He was initially arrested for serious assault.

"He has now been arrested on suspicion of commission, preparation and instigation of an act of terrorism."

The attack happened at the Arndale shopping center in the heart of Manchester, near where an Islamist extremist suicide bomber killed 22 after an Ariana Grande concert in 2017.

"This is bound to bring back memories of the awful events of 2017," said Jackson.