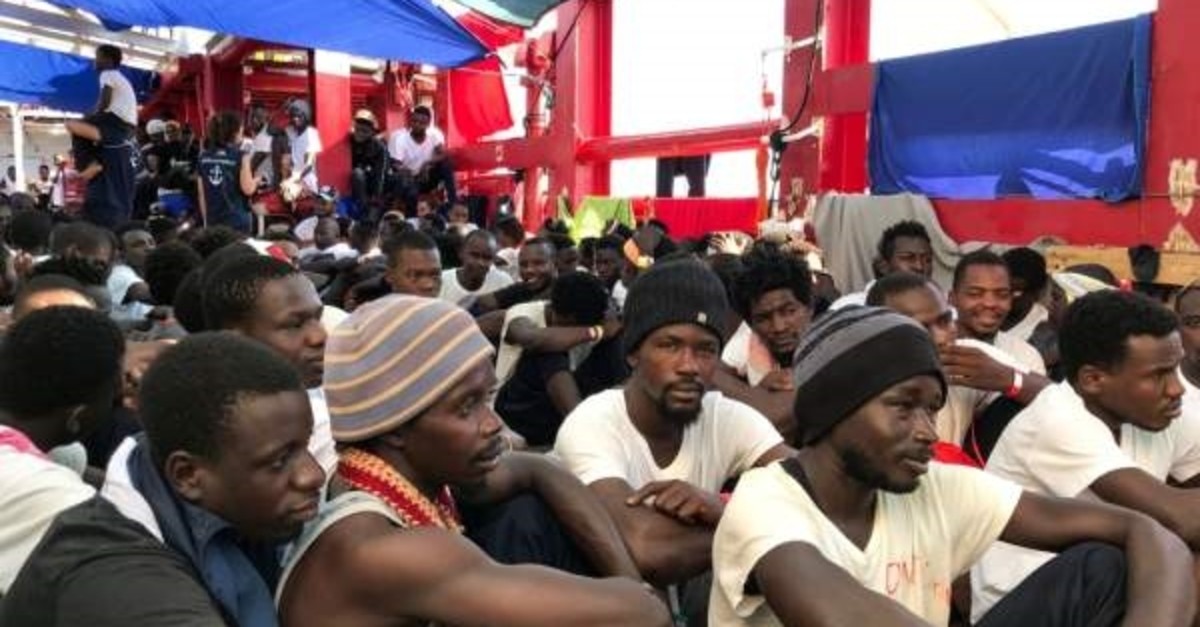 The tragedy of illegal migrants near European shores continues as rescue ships seek access to any EU port, while the EU countries choose to remain silent

EU countries have silently continued to watch the ongoing migrant tragedy at their shores a migrant rescue ship that rescued 176 migrants in the Mediterranean over the weekend, appealed for help to disembark them at any EU port. However, the crew of a ship said yesterday it had so far received no response from any EU countries to their requests.
Due to the lack of a common response to migration inflows from northern Africa via the Mediterranean, migrants have been facing the same unwelcoming approach from EU countries. So far, every standoff about migrants rescued from the Mediterranean takes weeks to resolve, revealing the limits of EU tolerance and its inherent deficiencies in promptly resolving dire situations. Instead, they get caught up in intra-EU struggles on what to do with migrants saved at sea, while effectively dashing their European dreams.
Ocean Viking, operated by the nongovernmental organizations SOS Mediterranee and Doctors Without Borders, picked up the migrants from inflatable boats in two operations off the coast of Libya. Among the rescued are 33 minors and four pregnant women, according to reports. “No site in Libya can currently be considered safe” for migrants, SOS Mediterranee said in a statement.
It was the fourth time that SOS Mediterranee had asked for access to an EU port since August, shortly after relaunching rescue operations following a seven-month hiatus it blamed on obstruction by European nations. In August, a Spanish NGO vessel Proactiva Open Arms was stuck off Italian island of Lampedusa for days seeking permission to dock from the Italian government.
EU member states have long grappled with a common response to migration inflows from northern Africa via the Mediterranean. In June, eight of the 28 EU countries, including France and Germany signaled a clear intention to move forward with a new system called a “solidarity mechanism.” However, they have failed to persuade Italy to allow rescue ships to dock in its ports. Italy’s previous populist government refused to allow ships carrying people saved from sea to dock as long as too few EU countries promise to regularly admit such migrants. Last month, Italy, France, Germany and Malta proposed a system for fixed migrant relocation mechanisms, but EU interior ministers failed to agree to it at a meeting last week. In addition, only a handful of other nations have backed the plan so far. “Ad hoc accords cannot be the solution. We are calling on governments to put an end to an unacceptable situation,” said Fabienne Lassalle, a deputy director at SOS Mediterranee France.
Amid a divided response to the Mediterranean migrant rescue crisis, EU countries have long failed to create a more permanent EU redistribution arrangement to prevent migrant tragedies at sea. The Mediterranean Sea continues to be a deadly route, as six people died every day while attempting to reach European shores in 2018.
In its report “Desperate Journeys,” the U.N. refugee agency said, “An estimated 2,275 people died or went missing crossing the Mediterranean in 2018, despite a major drop in the number of arrivals reaching European shores.” The death rate among migrants crossing the sea from Libya to Italy or Malta more than doubled last year as naval search and rescue missions were reduced.