Five years on, the UK's landmark anti-slavery law is not that effective 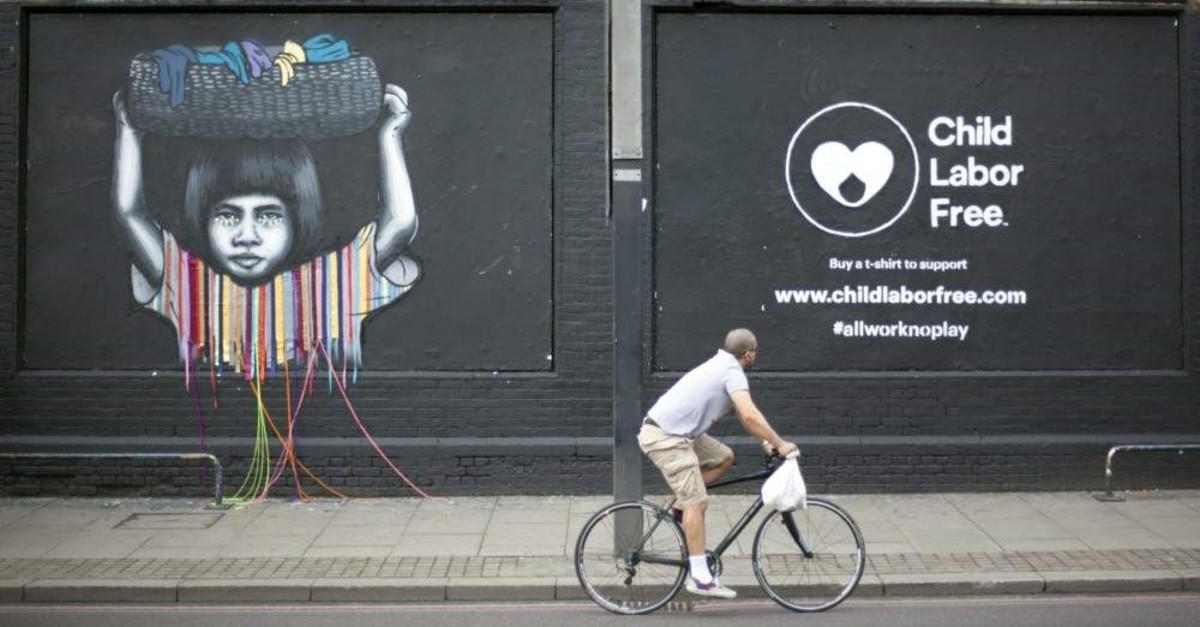 A cyclist passes a mural created by street artists for Child Labor Free, a social enterprise that accredits consumer brands that do not use child labour in their products, east London, 8 June 2016. (Reuters / Shanshan Chen)
by Oct 18, 2019 4:39 pm

From children trafficked to work for drug gangs and women forced into the sex trade to migrant laborers enslaved on farms and factories, modern-day slavery blights Britain in many ways.

About 7,000 suspected slavery victims were found in Britain last year – up a third in 2017 – while there are an estimated 136,000 modern slaves across the country, according to the Global Slavery Index by human rights group Walk Free Foundation.

Yet a government-ordered review of the world-first law this year found that a lack of convictions, limited awareness among and training of professionals, and problems around data collection have blunted Britain's anti-slavery response.

As Britain marks Anti-Slavery Day on Oct. 18 – a day set by parliament to raise awareness of slavery – experts in the sector gave their views on the successes and failings of the Modern Slavery Act nearly five years on.

"The Modern Slavery Act was a landmark piece of legislation, but five years on it is failing to live up to its promise. The main problem is still enforcement – the law has no teeth.

Companies face no penalty for not complying with the Act, let alone for weak anti-slavery efforts.

Bizarrely, companies can report having done nothing to prevent modern slavery and still be in compliance with the law.

Our analysis of thousands of company statements finds that just 23% are meeting the Act's minimum requirements.

According to Anti-slavery International spokesman Jakub Sobik, the perception about concerning victim protection is very limited.

"The business reporting requirements have shifted the conversation and companies have started to take notice of slavery in their supply chains. Authorities and the general public are more aware of modern slavery.

The biggest shortcoming is the lack of comprehensive victim protection measures.

In practice, it means that proper care for identified victims is far from guaranteed and we see survivors being detained, deported, or even sent to jail.

This plays into the hands of traffickers, as their threats to their victims that they would be mistreated by the authorities if they come forward are being proven true," he added.

Perhaps the most responsible about the law’s lacking effectiveness should be attributed to the government, at least Ahmed Aydeed, director at Duncan Lewis Solicitors thinks so: "The Act has contributed to a greater awareness of modern slavery in the public eye and has also created a minimal level of protection for trafficking victims."

"However, there is still a lack of understanding of the legislation and the government has failed, for four years now, to publish statutory guidance. The courts, in landmark decisions, have highlighted the importance of adequate support for modern slavery victims and the importance of assisting victims as soon as there is credible suspicion of their circumstances," he said.

"It seems the courts appreciate our duties to modern slavery victims, enshrined within the statute and international conventions, more than the government," said Aydeed.