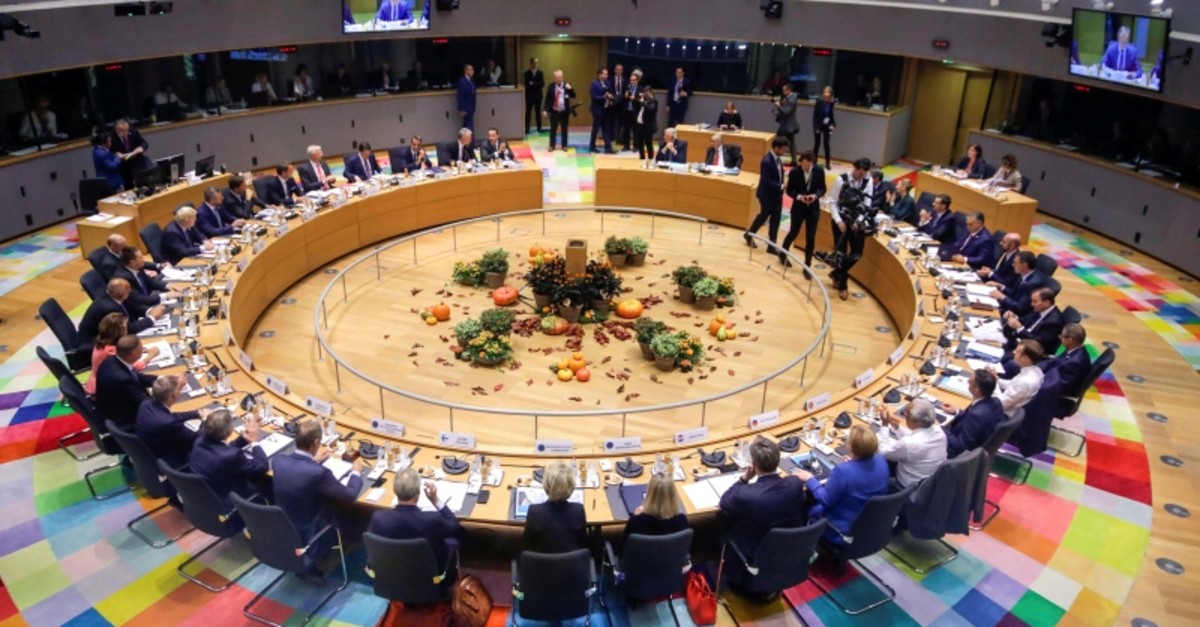 European Union leaders failed Friday to agree on launching membership negotiations with Albania and North Macedonia in an embarrassing climb-down that is likely to undermine the bloc's reputation and could risk inflaming the volatile Balkans region.

The two countries had expected to receive a green light to begin negotiations on joining Europe's rich club, a process which could take several years.

The European Commission, which supervises entry talks, insists that both have met all the criteria for admittance. EU leaders had promised a final decision by the end of October.

But French President Emmanuel Macron won't allow any new countries into the 28-nation bloc until its enlargement procedures have been improved, while the Netherlands and Denmark oppose Albania's candidacy and dispute the commission's assessment.

At an EU summit in Brussels, Italian Premier Giuseppe Conte said the failure to open the EU enlargement process to Albania and North Macedonia "will be remembered as an historic error."

"I told my colleagues that this was an appointment with history. In 1400 those territories fell under the Ottoman Empire. After World War II they fell under the communist bloc. It is their aspiration to join Europe," Conte told reporters. "I hope that the despair doesn't lead to the deepest distress."

Belgian Prime Minister Charles Michel, who is set to take over next month as president of the European Council and chair summits of national leaders, said "it was a debate that was dense, that was intense. We came to the conclusion that there is no unanimity, at this stage."

The constant expansion of the EU over the years has complicated decision-making in the world's biggest trade bloc, and what some call "enlargement fatigue" has set in. Turkey's membership talks, for example, are virtually frozen.

The EU has always said that membership is based on a candidate's merits.

Albanian Prime Minister Edi Rama regretted the deadlock. He said it "is linked with an open confrontation within the EU itself," on its enlargement process and internal debate.

"The process of European integration will continue. Not because Paris, Berlin, Brussels or all of them are asking for it, but because it is needed to turn our country into a European, functional one," Rama said on a talk show late Thursday after returning from Brussels.

Visiting on the eve of the summit, North Macedonian Prime Minister Zoran Zaev recalled the leaders' promise to issue their verdict this month.

"October is here. We came here to Brussels and we're expecting the well-deserved news on the decision to open negotiations," Zaev said, adding that if no news comes, "then the credibility of the EU and the trust that our citizens have in the Union might be brought into question."

"This will most certainly incite regressive forces in the country and will strengthen the interest of third parties in the region," he said, in what appeared to be a veiled reference to Russia's influence in the Balkans.

EU foreign policy chief Federica Mogherini warned in May that any failure to recognize the efforts of the two countries "undermines stability and seriously discourages further reforms."

Her warning came just after Serbia put its troops on full alert when heavily armed Kosovo police fired tear gas and arrested about two dozen people in Serb-dominated northern Kosovo in what they called an anti-organized crime operation.

France says that not enough progress has been made to fix the EU's enlargement shortcomings.

Paris could change its mind over the next six months, officials say, if North Macedonia passes more reforms and if Albania does more to stop its citizens from seeking asylum in France.