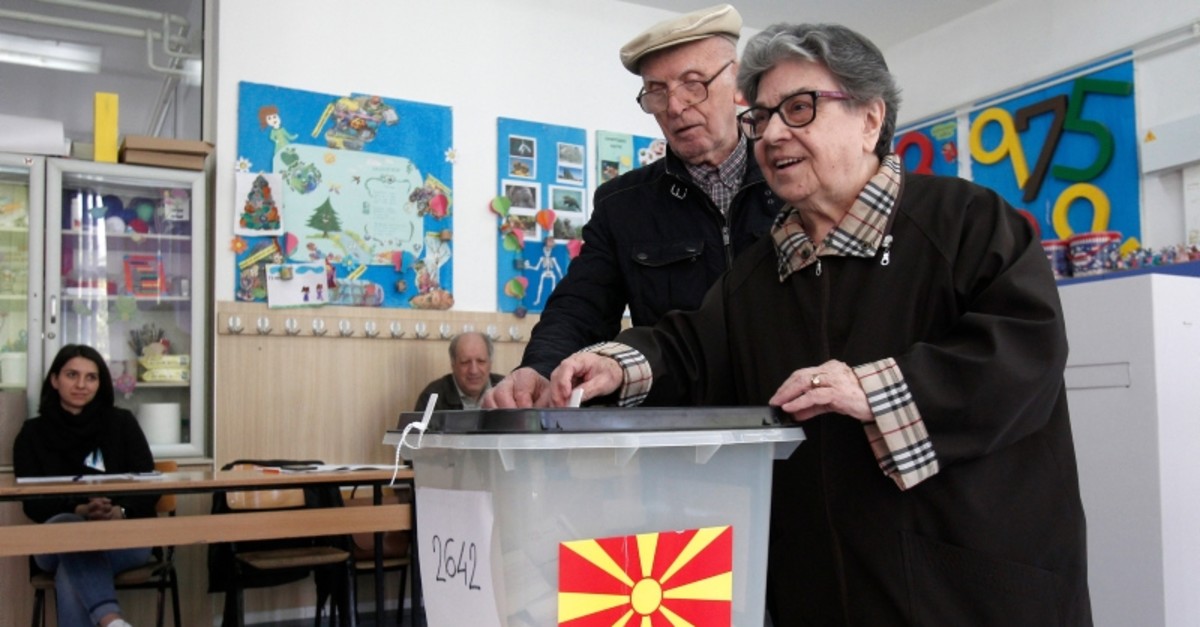 An elderly couple cast their ballots for the presidential elections at a polling station in Skopje, North Macedonia, Sunday, April 21, 2019. (AP Photo)
by Compiled from Wire Services Oct 20, 2019 11:27 pm
North Macedonia's political leaders agreed Sunday that an early election will be held next year, following the European Union's decision not to begin membership talks.

Prime Minister Zoran Zaev said late Sunday after a meeting with President Stevo Pendarovski that the leaders of the main political parties had decided that the "most suitable" date for the vote is April 12, eight months before parliament's four-year term is due to expire.

A caretaker government of technicians will take over from Zaev's Social Democrat-led coalition on Jan. 3, 100 days before the election.

Zaev had asked Saturday for an early election, speaking of his "disappointment and outrage" on the EU's failure to start membership talks with North Macedonia and Albania.

France, supported by Denmark and the Netherlands, strongly opposed membership talks, calling for an overhaul of the procedure to admit new members.

Zaev had staked his political future on an agreement with Greece, concluded in 2018, that changed the country's name from Macedonia and settling a decades-long name dispute with its neighbor.

Greece considered that the name "Macedonia" was an attempt to steal its own Macedonian heritage and might imply territorial designs on its northern province of Macedonia. Included in the accord was a statement that the current state of Macedonia and the ancient Greek kingdom of Macedonia are unrelated.

The agreement was ratified despite heavy criticism by opposition parties and hardline nationalists in both countries.

As well as North Macedonia and Albania, four other countries — Bosnia, Kosovo, Montenegro and Serbia — also aspire to join the EU, but the enlargement process has largely stalled amid increased public concerns in western Europe about immigration and the strains of dealing with Britain's exit from the bloc.

North Macedonia is expected to become the 30th member of NATO later this year or early in 2020, once its accession has been ratified by all member states of the U.S.-led alliance.