Gunman goes on rampage with stolen ambulance in Norway 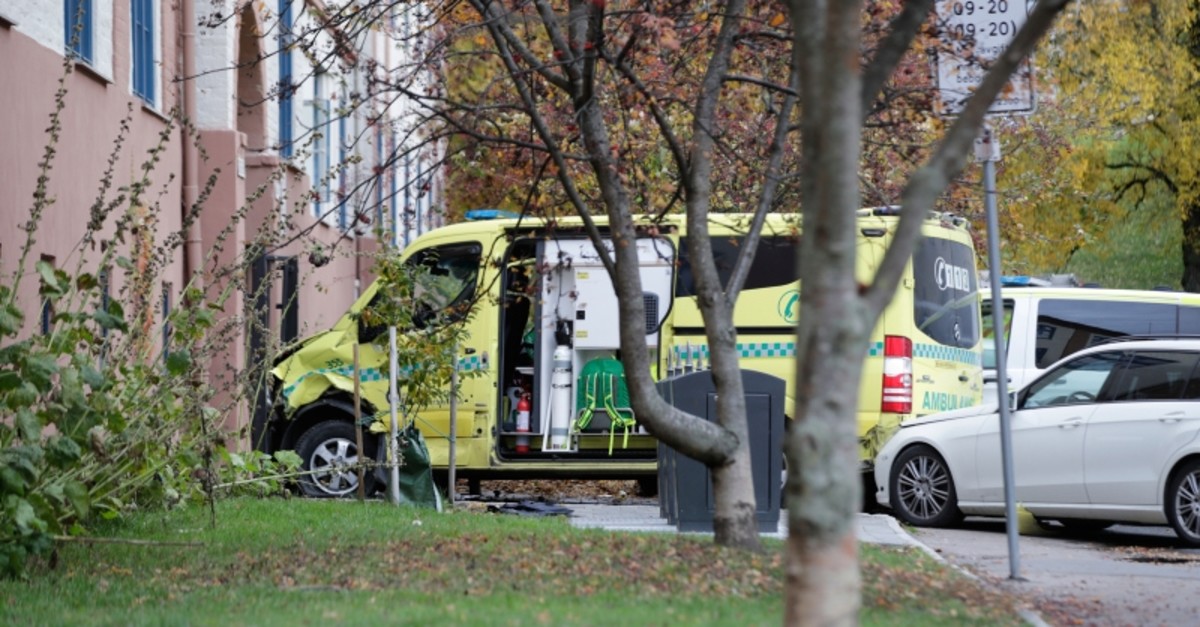 A damaged ambulance is seen parked after an incident in the center of Oslo, Tuesday, Oct. 22, 2019 (AP Photo)
by Oct 22, 2019 3:07 pm
Norwegian police arrested an armed man who, according to media reports, went on the rampage in Oslo on Tuesday in a stolen ambulance, running down pedestrians including a baby in a pram. "We have taken control of an ambulance that was stolen by an armed man," Oslo police said on Twitter.
"Shots were fired to arrest the suspect, he is not seriously injured," they added. Several people were run over by the man, including a child in a pram now being treated in hospital, said state broadcaster NRK.
Television images showed an overturned pram lying by an upturned traffic sign. Police shot at the tyres of the ambulance and the driver fired back, witnesses told NRK.
The man was apprehended after police fired shots at the vehicle, although the suspect was not critically injured, the police said in a separate statement.
Police declined to comment on whether the incident was being treated as a deliberate attack. The police also declined to say how many had been hit by the vehicle or if anyone had died from their injuries. "An armed man stole an ambulance, drove away and hit some people. We got him now," the police spokesman told Reuters.
Last Update: Dec 20, 2019 1:10 am
RELATED TOPICS