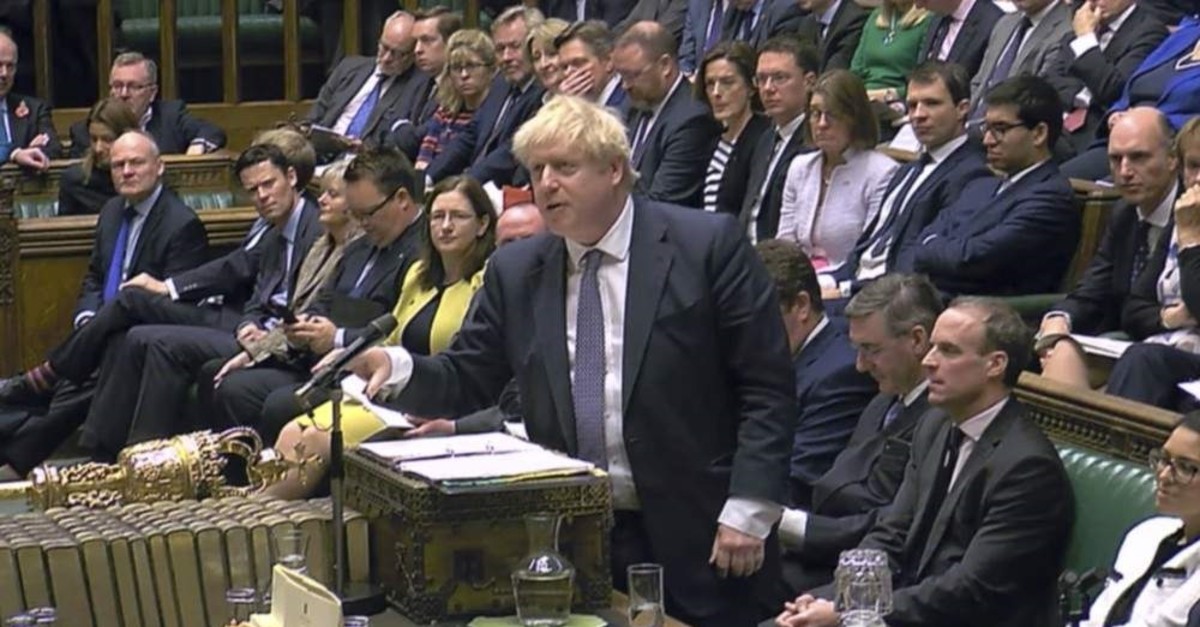 British Prime Minister Boris Johnson weighed yesterday whether to push for an early election or try again to pass his stalled EU divorce deal, after Parliament blocked a fast-track plan to approve his Brexit bill before the U.K.'s scheduled departure from the bloc on Oct. 31.

Late Tuesday, lawmakers backed the substance of Johnson's divorce deal in principle but rejected the government's plan to fast-track the legislation through Parliament in a matter of days, saying it didn't provide enough time for scrutiny.

Johnson has not abandoned his Brexit deal, which sets out the terms of Britain's departure from the EU after almost five decades of membership. It will form the centerpiece of his Conservative Party's campaign if there is an early election. Johnson hopes an election will give his Conservatives a majority in Parliament so he can push through his plans. "One way or another, we will leave the EU with this deal to which this House has just given its assent," Johnson told lawmakers after Tuesday's votes.

British Justice Secretary Robert Buckland told the BBC yesterday that Parliament's failure to break the logjam means "we are left with the option of a general election... That seems to me to be the only way to break this impasse." But some lawmakers urged Johnson to push on with the passage of the bill, saying it could pass if lawmakers had time to study it properly.

The government had argued the tight schedule was necessary to meet next week's deadline but lawmakers said they need more time. Johnson had already reluctantly submitted a request on Saturday for the three-month delay while insisting he still aims to leave on time. As the clock ticks down to the deadline, Brexit is hanging in the balance as divided lawmakers debate when, how and even whether it should happen more than three years since the 2016 referendum that kicked the tortuous process off.

It is now for the leaders of those 27 member states to decide whether the Oct. 31 deadline should be pushed back. European Parliament President David Sassoli urged EU leaders to allow Britain to delay its end-of-month deadline to leave the EU.

One big uncertainty at the moment is whether France will agree. A diplomatic source said on Tuesday that Paris was ready to grant an additional few days to facilitate Parliament's vote but was opposed to any extension beyond that. Any extension must be agreed unanimously among the EU 27. They have already agreed twice to postpone Brexit from the original deadline of March 29 this year. Both times, the French complained but eventually relented.