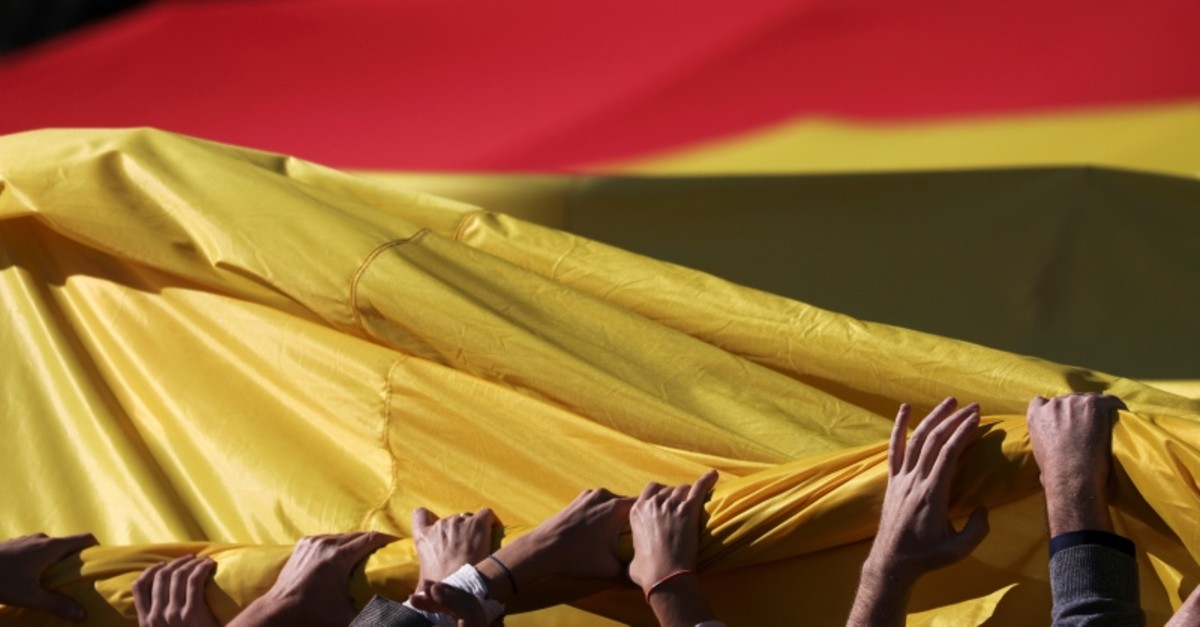 Thousands of people joined a rally called by Spain's Vox in Madrid on Saturday, with leader Santiago Abascal telling the crowds only his far-right faction could handle the Catalan crisis. Shouting "Viva Espana", they turned the city's Columbus Square into a sea of red-and-yellow, as the crowds waved thousands of Spanish flags, cheering and chanting, among them many youngsters and families with children. Addressing the crowds, Abascal took aim at the ruling Socialists, largely focusing on the crisis in Catalonia, which has been gripped by violent protests after the Supreme Court jailed nine separatist leaders over a failed independence bid. "Faced with the betrayals of the Socialists, there is only Vox, and faced with criminal separatism, there is only Vox!" he roared, after also denouncing the conservative opposition People's Party (PP) as "useless" and the centre-right Ciudadanos as "opportunists". Vox has taken a very tough line on Catalan separatism and wants all regional pro-independence parties banned, with its message appealing to those who want to see Spain's territorial integrity protected. Scores of activists also helped unfurl a vast Spanish flag, reportedly measuring 50 metres by 20 metres, which they marched into the packed square at a rally whose slogan was: "in defence of the unity of Spain". Practically unknown last year, Vox in April became the first far-right political force to enter the parliament since Spain returned to democracy following the death of dictator Francisco Franco in 1975. Known for its anti-immigrant stance, the party won 24 of the parliament's 350 seats in the election. But the country has been mired in a drawn-out political crisis and will once again return to the ballot box on November 10 for its fourth election in as many years. The ruling Socialists are expected to win the vote but once again fall short of a majority, with recent polls suggesting Vox would increase its seat share to become the third party in parliament.
Last Update: Dec 20, 2019 1:15 am
RELATED TOPICS