104 migrants stranded at sea for days await help from Europe 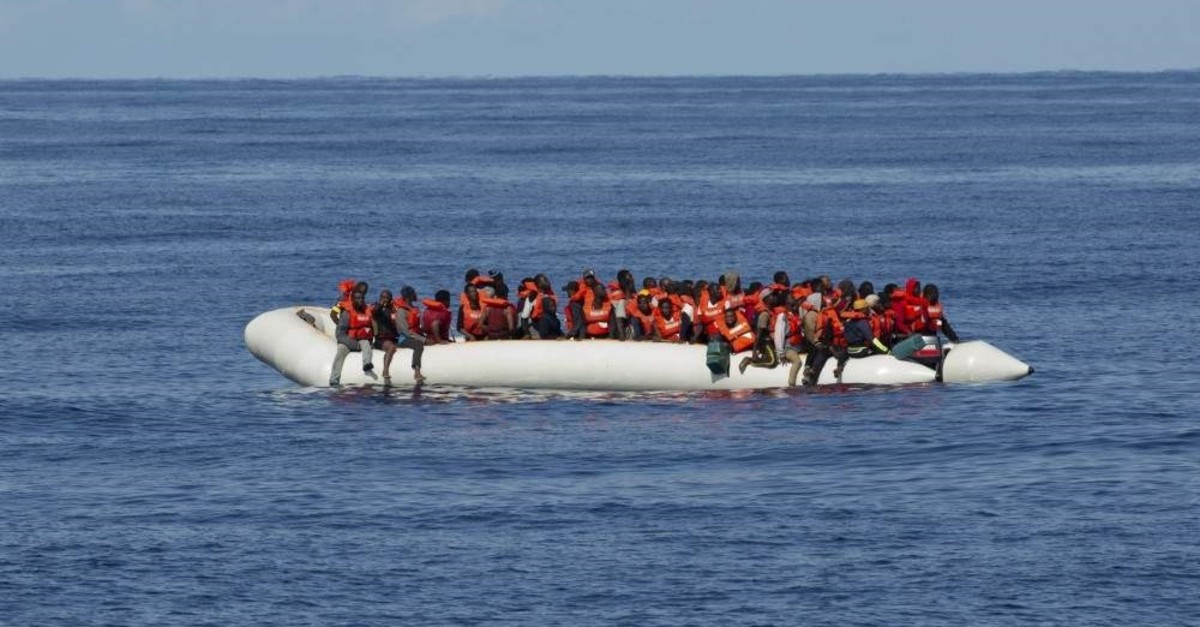 A rescue ship which has been at sea for 10 days with 104 migrants should urgently be allowed to disembark it, the two charities running the vessel said yesterday. The Ocean Viking, operated by SOS Mediterranee and Doctors Without Borders (MSF), intercepted the migrants on Oct.18 some 90 kilometers off the Libyan coast.

"The 104 survivors are once again left in limbo on the deck of a rescue ship with no solution for their disembarkation in sight," SOS Mediterranee's Louise Guillaumat said in a statement. "We urge European leaders to live up to their principles and allow the survivors to finally disembark to safety," MSF head of mission, Michael Fark, added. According to the two charities, aboard the Ocean Viking, there are two pregnant women and 41 minors, including two babies aged 2 and 11 months.

Due to the lack of a common response to migration inflows from northern Africa via the Mediterranean, migrants have been facing the same unwelcoming approach from EU countries. Italy and Malta have repeatedly turned away migrant rescue vessels in the past few months. So far, every standoff about migrants rescued from the Mediterranean takes weeks to resolve, revealing the limits of EU tolerance and its inherent deficiencies in promptly resolving dire situations. Instead, they get caught up in intra-EU struggles on what to do with migrants saved at sea, while effectively dashing their European dreams.

Amid a divided response to the Mediterranean migrant rescue crisis, EU countries have long failed to create a more permanent EU redistribution arrangement to prevent migrant tragedies at sea. The Mediterranean Sea continues to be a deadly route, as six people died every day while attempting to reach European shores in 2018. In its report “Desperate Journeys,” the U.N. refugee agency said, “An estimated 2,275 people died or went missing crossing the Mediterranean in 2018, despite a major drop in the number of arrivals reaching European shores.” The death rate among migrants crossing the sea from Libya to Italy or Malta more than doubled last year as naval search and rescue missions were reduced.