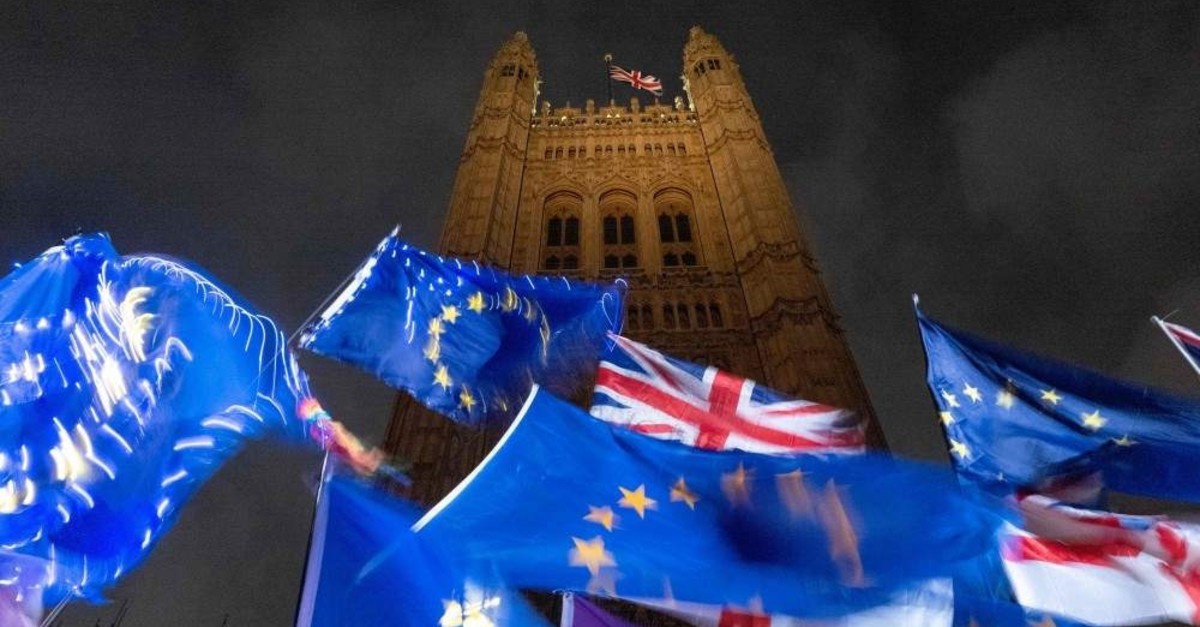 EU and UK flags flutter in the breeze as pro- and anti-Brexit demonstrators protest outside of the Houses of Parliament in central London, Oct. 21, 2019. (AFP Photo)
by Compiled from Wire Services Oct 28, 2019 11:31 am

The European Union will on Monday "most likely" agree to delay Britain's departure from the European Union until Jan.31, said a source close to French President Emmanuel Macron who last week prevented the bloc from reaching a decision on the delay.

The French comment should unlock an agreement among the 27 EU countries staying on together after Brexit just three days before Britain would otherwise be due to leave.

The 27 national envoys to Brussels meet at 0900 GMT with diplomats and officials hoping that the decision would be smooth.

"There will most likely be an agreement on Monday morning between the 27 on extension until Jan. 31," the source said, adding that came after Macron spoke to British Prime Minister Boris Johnson during the weekend.

"The prospect of elections has strengthened significantly over the weekend," the source added, stressing the third postponement of Brexit would come with conditions. They include a refusal to renegotiate Johnson's divorce agreement and giving a green light to the 27 other EU countries to meet without Britain to discuss the bloc's future.
British politicians, meanwhile, are wrangling over what to do with the extra time. Ambassadors from the 27 other EU countries are meeting Monday to discuss Britain's request for a three-month postponement to the Oct. 31 Brexit deadline.
The bloc has agreed in principle, but has not fixed the extension's length. In London, British politicians are set to vote on whether to hold an early election to try to break the country's deadlock over Brexit.
Prime Minister Boris Johnson wants a Dec. 12 election, but looks unlikely to get the required support from two-thirds of lawmakers. Two opposition parties plan to push for a Dec. 9 election if Johnson's proposal fails.