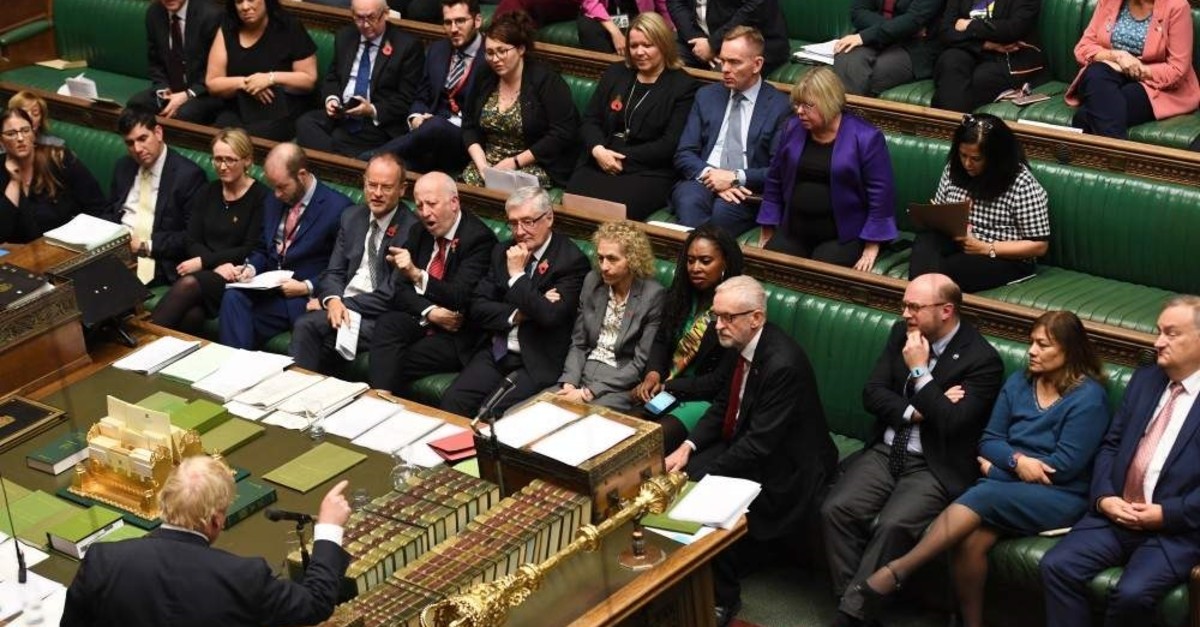 British Prime Minister, Boris Johnson (L) during an election debate in the House of Commons in London, Britain, 28 October 2019. The MPs gathered to debate and vote on motion to hold elections on 12 December 2019. (EPA Photo)
by Oct 29, 2019 5:40 pm
British lawmakers approved on Tuesday the government's timetable for passing a law which calls for an early general election on Dec. 12. The timetable was adopted without a formal vote. It sets out that parliament's lower house will fast-track the legislation and finish its consideration later on Tuesday.
It must then pass onto parliament's upper chamber for further consideration. The timetable motion was amended before it passed.
The amendment means that lawmakers can propose changes to the bill later in the day. (Reporting by Elizabeth Piper, writing by William James)