Thousands take to streets of Glasgow for Scottish independence 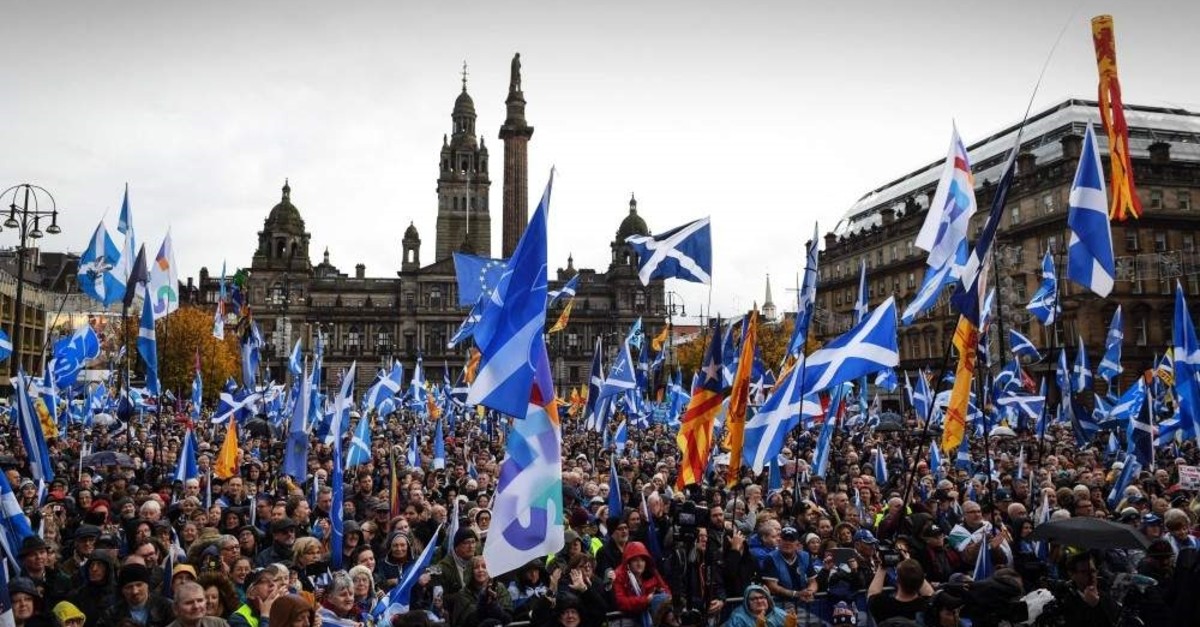 An estimated 20,000 people took to the streets of Glasgow on Saturday to demonstrate for Scotland's independence from Britain, organizers said.

Nicola Sturgeon, the head of Scotland's devolved government and of the Scottish National Party (SNP), was also present at the rally, taking part in an independence event for the first time in five years.

The upcoming general election on December 12 is "the most important election for Scotland in our lifetimes," Sturgeon told the crowd.

"The future of our country is on the line, and there is no doubt whatsoever that Scotland stands at a crossroads moment," the news agency PA quoted her as saying.

A win for Conservative Prime Minister Boris Johnson meant a future where Scotland got "ripped out of our European family of nations against our will," Sturgeon said.

Neither would a Labour government be a better option for Scotland, she said. The much better alternative would be to become an independent country, Sturgeon said.

"An independent Scotland is closer than it has ever been," Sturgeon wrote in a statement released hours before the start of Saturday's rally. "It really is within touching distance."

She called on voters to cast their ballots for the SNP and thereby strengthen Scotland's position.

On Friday, Sturgeon said she would request a new referendum on independence from London before the end of December.

Last week, the British parliament passed legislation calling for an early general election on December 12. Johnson demanded the vote to break a political stalemate over the Brexit deal he hammered out with Brussels.

In Scotland's first independence referendum in 2014, 55 per cent voted against a split from Britain. During the Brexit referendum of 2016, a clear majority (62 per cent) of Scottish voters were in favour of remaining in the European Union - a fact that led many to call for a new referendum on independence.