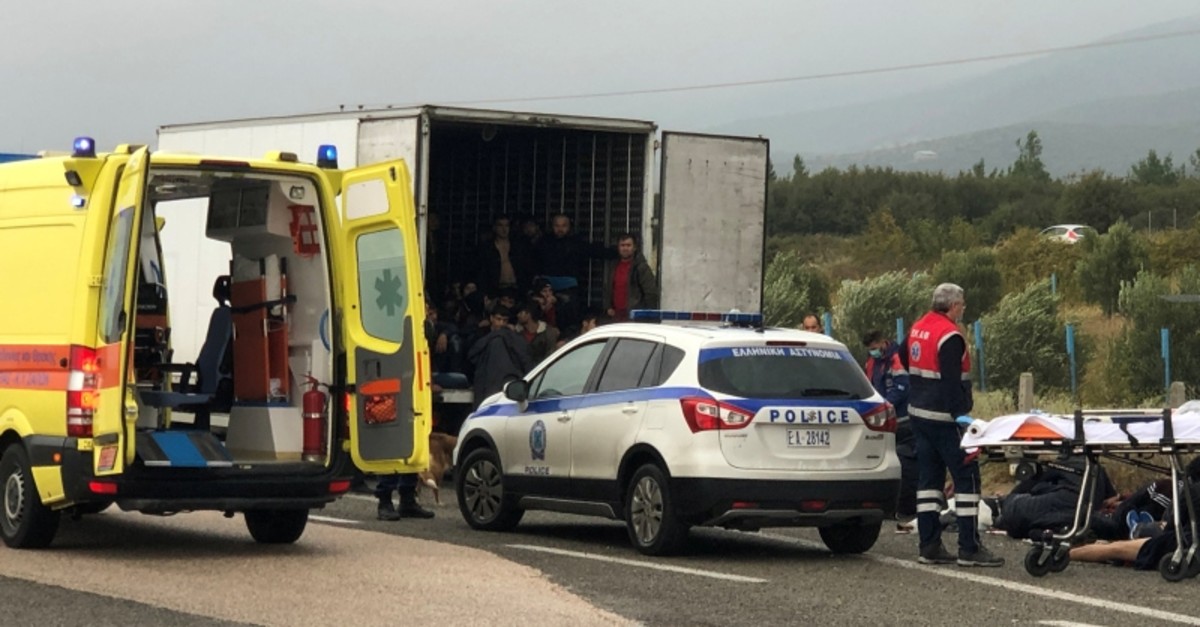 Greek police found 41 migrants, mostly Afghans, hiding in a refrigerated truck at a motorway in northern Greece on Monday, police officials said.
The migrants were not injured, one of the officials said, adding that the refrigeration system had not been turned on.
Police stopped the truck on a highway near the northern Greek city of Xanthi for a regular check.
They arrested the driver and took him and the migrants to a nearby police station for identification. Greece is currently struggling with the biggest resurgence in refugee arrivals since 2015, when more than a million people crossed into Europe from Turkey via Greece.
About 34,000 asylum seekers and refugees are being held in camps on the Aegean islands close to Turkey.
The discovery came after 39 people, all believed to be Vietnamese nationals, were found dead in a refrigerated truck in Britain last month, highlighting the risks of illegal migrant routes to Europe, even for those avoiding perilous travel by sea.
Another 31 Pakistani migrants were found on Saturday hidden in a lorry on a motorway near the French-Italian border.