Spain beefs up security ahead of Catalan vote 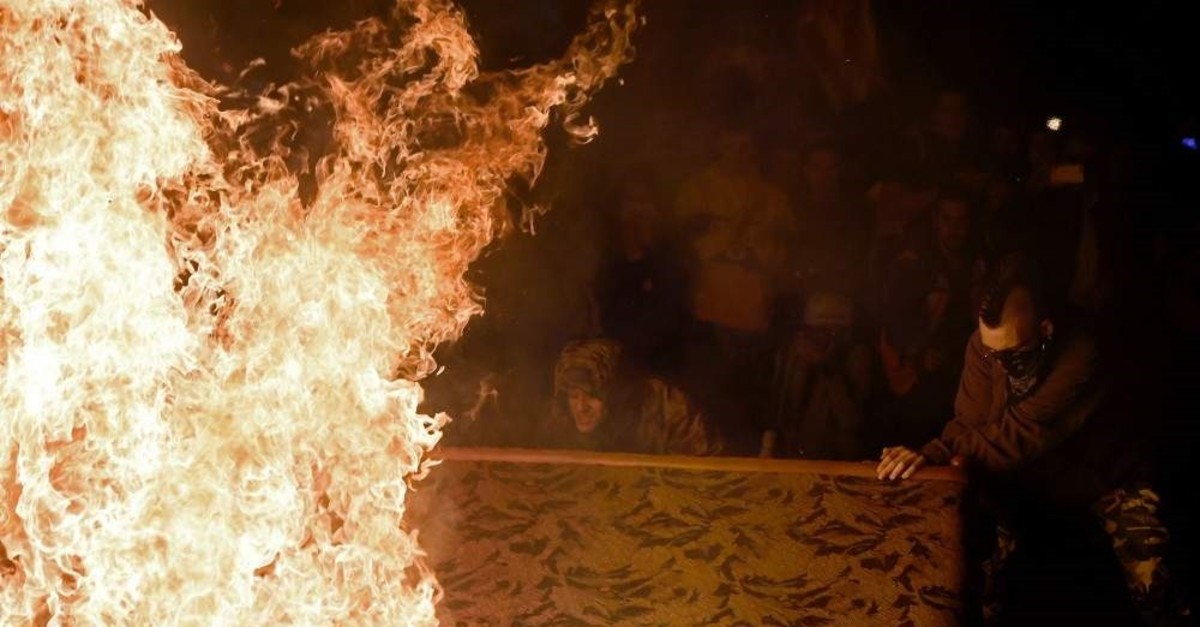 Pro-independence demonstrators push a sofa into a bonfire during a protest against a visit by the Spanish royal family, Barcelona, Nov. 4, 2019. (AFP Photo)
by Compiled from Wire Services Nov 06, 2019 4:08 pm

A “significant number” of security forces will be sent to Spain’s Catalonia region ahead of Sunday's parliamentary election which polls suggest will lead to another inconclusive outcome.
A spokesman for the national police in Barcelona said anti-riot police had been deployed in Catalonia to "reinforce in the event of potential unrest, such as blocking polling stations" but added that regional police will be tasked with keeping order on the day, with the national police prepared only to step in if asked.

Sunday's election comes after several days of violent protests in Barcelona and other Catalan cities, sparked by last month's jailing of nine Catalan separatist leaders for a failed 2017 independence bid.

Spain's acting prime minister hardened his stance on Catalonia in a live TV debate with his rivals Monday. Under pressure from the right, acting Prime Minister Pedro Sanchez vowed during the five-way debate to amend Spain's laws to make clear "once and for all" that staging an unsanctioned independence referendum would be a crime if his Socialists were re-elected.
Sanchez, who took office in June 2018 with the support of Catalan separatist lawmakers, came under fire from the right over his handling of the protests, which saw demonstrators set fire to cars and throw rocks, Molotov cocktails and steel balls at police. Independence is highly divisive in Catalonia, with a poll in July showing 44% backing secession and 48.3% against it.