Workers rescued after mine explosion in eastern Germany 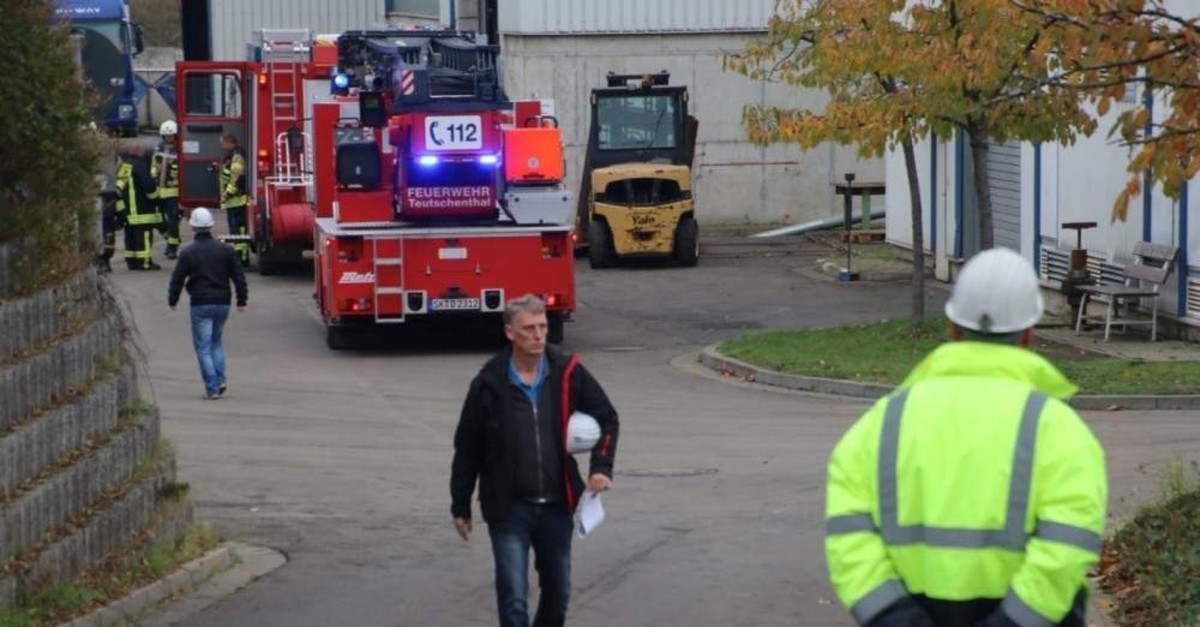 Firefighters arrive at the scene after an explosion at the Teutschenthal mine near Halle, Germany, Nov. 8, 2019. (Reuters Photo)
by Compiled from Wire Services Nov 08, 2019 2:33 pm

All of the miners who were trapped underground in a mine in Teutschenthal in Saxony Anhalt have been rescued, police said.

All are in good health, the Halle police said in a tweet on Friday.

About 35 people were trapped some 700 meters underground after an explosion or detonation at a mine in Teutschenthal in eastern Germany, local officials said Friday.

The workers were in a security area underground and were supplied with oxygen.

Two people are believed to have been injured by the blast, according to initial reports.

A large number of firefighters and emergency services were at the site.

Up to 100 people work at the Teutschenthal mine according to the company. The mine has been rebuilt over the last 15 years after operations were halted in 1982.