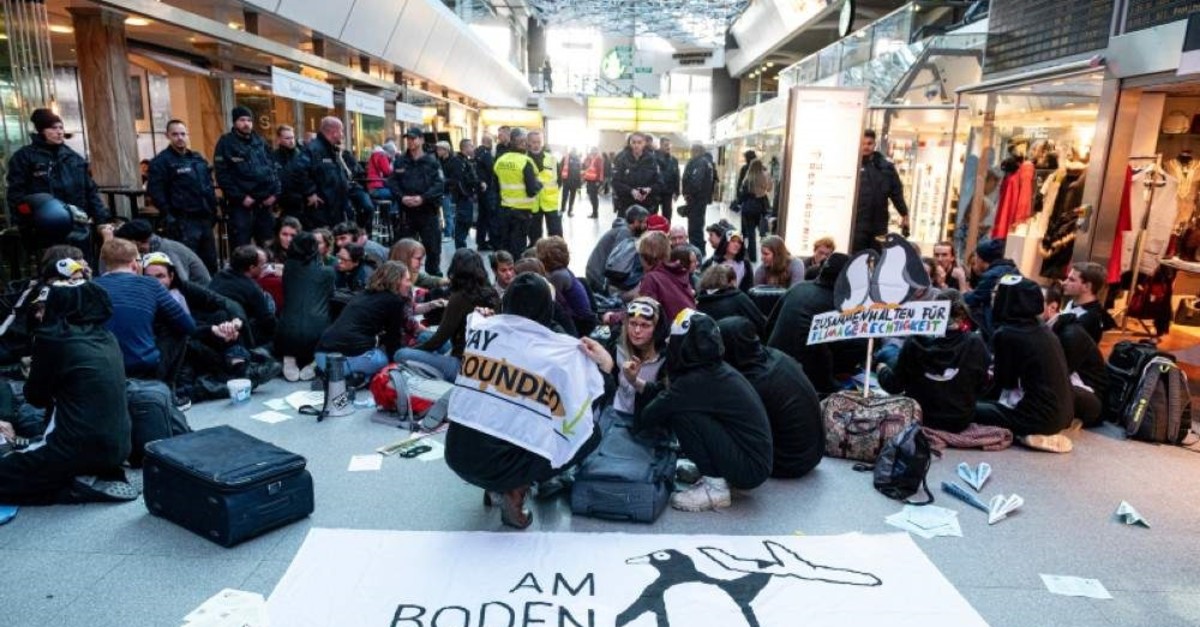 Dozens of people, many dressed in penguin costumes, stage a sit-in at Berlin's Tegel airport on Sunday to protest against greenhouse gas emissions from air travel.

About 50 members of the group Am Boden Bleiben - German for "stay grounded" - gathered Sunday in the airport's main entrance and were quickly surrounded by police. They gathered under the motto: "Blocking the aviation industry - the coolest birds stay on the ground."

At the same time, about 100 protesters on bicycles have blocked access roads to the airport.

Airport spokesman Daniel Tolksdorf told the local newspaper Berliner Morgenpost that many police officers were on site, who set up several checkpoints so that no one without a ticket could get further access to the airport. "There is a blockade of a side street and a small group in the airport itself. So far, air traffic runs smoothly."

The spokeswoman of the activist group, Lisa Kaiser, told the newspaper that they were protesting for the abolition of short and inland flights and to work for the expansion of the night train traffic. This protest would not be the last of its kind, she added.

Climate activists argue that air travel is disproportionately responsible for emissions of carbon dioxide and other gases blamed for global warming and should be drastically reduced in countries where alternative means of transport are available.