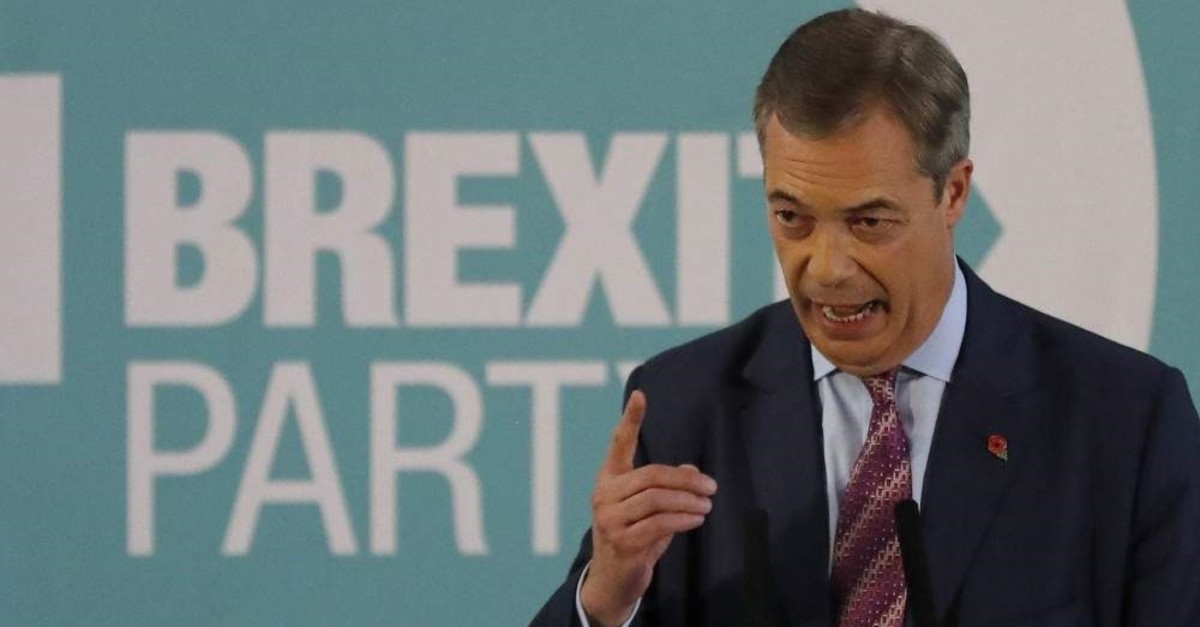 Brexit Party chief Nigel Farage changed course Monday, announcing that his party would not challenge Conservative candidates in nearly half of the U.K.'s districts, a tactical move that may make it easier for pro-Brexit forces to prevail in the Dec. 12 election.
Farage said he was putting country before party by unilaterally forming a "leave alliance" with the Conservatives at the expense of parties seeking to slow or even stop Brexit. Those parties include the opposition Labour Party, the anti-Brexit Liberal Democrats and the Scottish National Party. All 650 seats in the House of Commons are up for grabs in the Dec. 12 election, the first December vote in nearly 100 years. Right now the governing Conservatives have 298 seats and Labour has 243.

Johnson welcomed Farage's pledge, tweeting a Conservative statement saying Farage had recognized that "another gridlocked, hung Parliament is the greatest threat to getting Brexit done." "The Conservatives only need nine more seats to win a majority and leave [the EU] by the end of January with a deal," the statement said. Farage insisted last week that his party would field candidates for some 600 seats in the election, claiming the deal that Johnson agreed with Brussels "is not Brexit and it does not get Brexit done." He waged a war of words with Conservative right-wingers, drawing in U.S. President Donald Trump, who urged Farage and Johnson to work together.

After three years of negotiations and repeated delays, Britain is now scheduled to leave the EU on Jan. 31. Labour leader Jeremy Corbyn called Farage's decision "a Trump alliance," saying it reflected a desire to please Trump.