2 neo-fascists arrested in Italy over plot to bomb mosque 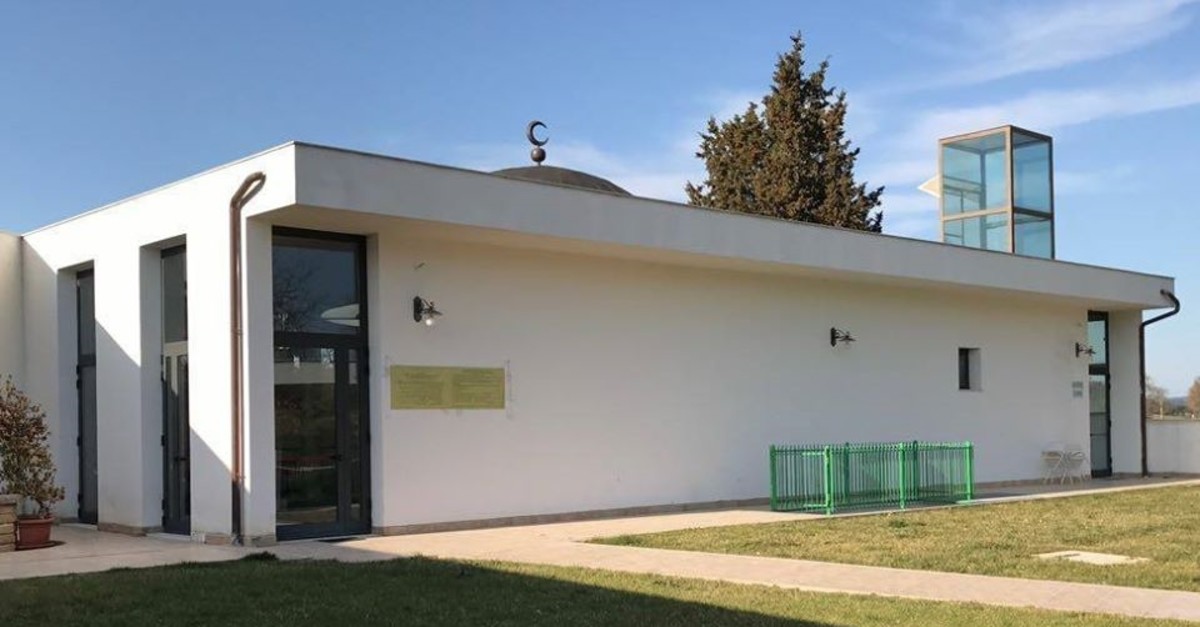 Photo courtesy of the Colle di Val d'Elsa mosque's Facebook page.
by Daily Sabah with DPA Nov 13, 2019 12:20 pm
Italian security forces arrested Tuesday two people suspected of plotting a terror attack on a mosque.
A 60-year-old banker and his 22-year-old son planned to bomb a mosque in the central town of Colle di Val d'Elsa near Siena, according to ANSA, an Italian news agency.
Ten other people were also being investigated.
ANSA cited police as saying that the group was planning to blow up the mosque by sabotaging a gas pipe, but dropped the plan fearing police would catch them.
Florence and Siena police special operations divisions conducted numerous searches, authorities said, and discovered "the hiding place of weapons and explosives, hidden in homes, warehouses and offices in the province of Siena."
Police images of the items seized by police and published by Italian media show numerous rifles, World War II memorabilia including Nazi caps and swastikas and fascist flags.
The people under the investigation celebrated fascism and Nazism on social media, daily La Repubblica reported.
One of them posted photos of him wearing a uniform with SS insignia, riding a military sidecar. Another suspect, who belongs to the neo-fascist Movimento Idea Sociale (MIS) group, allegedly said, "they should all be killed" after a dispute with foreign co-workers.
"Extremism and right-wing terrorism pose a real danger and we expect everyone to condemn them," the Italian Islamic association Unione delle Comunita Islamiche d'Italia (UCOII) said in a statement posted on Facebook.
Expressing gratitude to the Italian security forces on Facebook, the mosque said it will always be a place of “coexistence, fraternity, peace and integration.”
“The doors of the Colle Val d'Elsa mosque will always be open to all with love and hospitality, as it has always been for both Muslims and non-Muslims,” the statement added.
Last Update: Dec 20, 2019 1:39 am
RELATED TOPICS