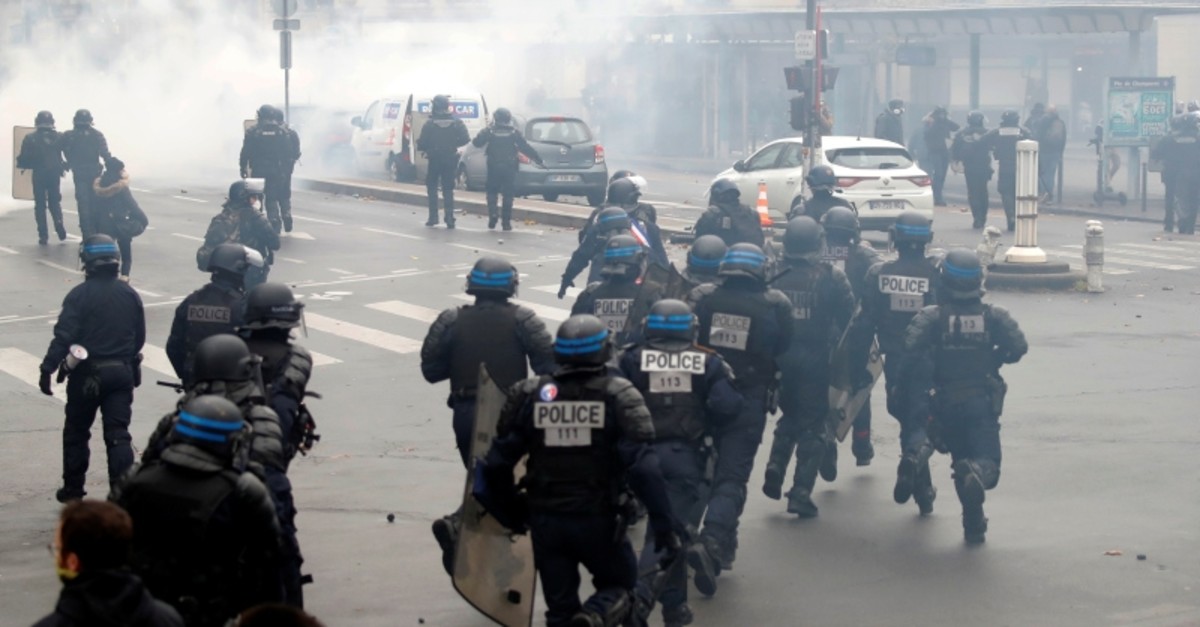 Paris police fired tear gas on Saturday to push back yellow vest protesters trying to revive their movement on the first anniversary of the sometimes-violent uprising against President Emmanuel Macron and policies seen as favoring the rich.

Police deployed in force around Paris and detained 24 people around the capital by mid-morning. Officers dislodged protesters trying to block the bypass around Paris and sprayed repeated volleys of tear gas at groups gathered near Porte de Champerret, in the northwest, and Place d’Italie in the southeast of the city.

Associated Press reporters covering the demonstrations did not see any violence or other action from protesters to provoke the police charge.

The protests were part of actions around the country Saturday, notably at traffic circles where the grassroots movement first took root in November 2018 in protest at government plans to raise fuel taxes.

Some protesters in Paris wore the high-visibility vests drivers are required to carry in their cars that gave the movement its name. Other demonstrators wore all black, their faces protected with gas masks.

Dozens of police in riot gear guarded the Arc de Triomphe overlooking the Champs-Elysees avenue, a scene of weekly rioting and police crackdowns at the height of the protests last year.

Corentin Pihel, 28, said he traveled to Paris from Montpellier to mark the movement’s anniversary this weekend.

He joined the yellow vest movement two weeks after the movement began, identifying with its mission as a struggling student at the time.

“In the beginning, I found that the movement made a lot of sense, to mobilize from the bottom for better buying power,” Pihel said. “But after, it enlarged its communication to become much greater — it’s just people who want to live. And I felt a real solidarity.”

Around the southern city of Marseille, yellow-vested protesters gathered at traffic circles to remind the government of their discontent.

Last year, the scattered protests erupted into a nationwide outpouring of anger at perceived social and economic injustice — and especially at centrist, pro-business Macron.

Macron backed down on the fuel tax and offered 10 billion euros ($11 billion) in measures to address protesters’ concerns.