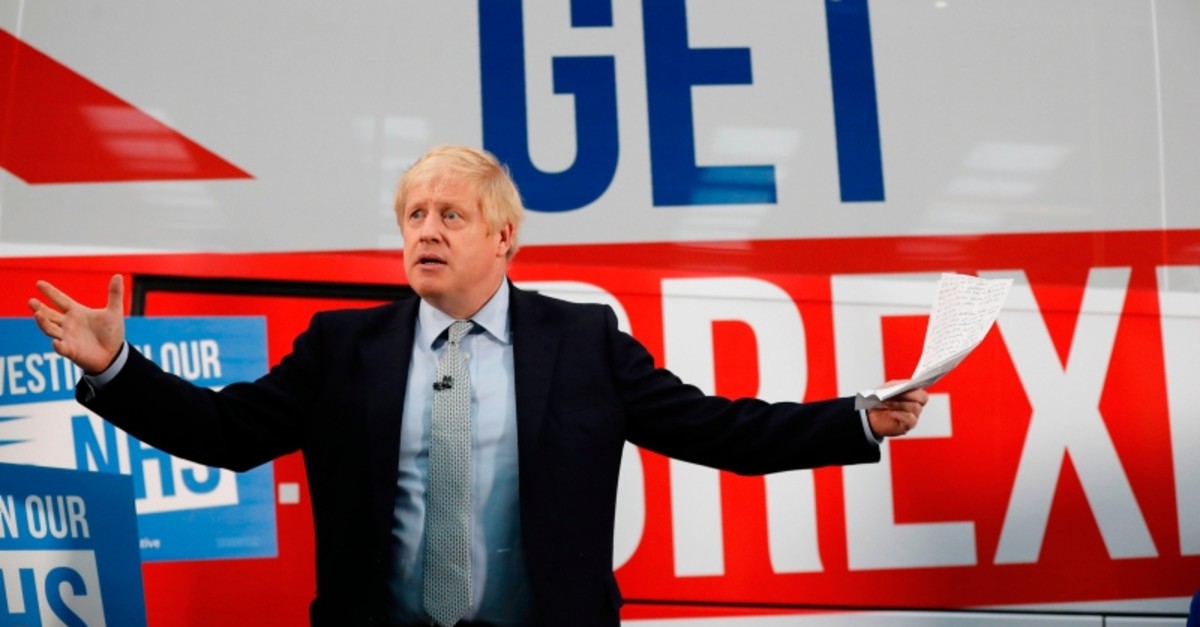 The U.K.’s current Prime Minister Boris Johnson will face a serious challenge in less than a month in the form of a general election and needs to secure a majority if he intends to get on with Brexit by the end of January 2020.

The Dec. 12 general election will arguably be one of the most important political events that the U.K. will experience, and a recent poll showed that the end result may depend on entirely different factors than usual party affiliations.

A YouGov survey found that 86% of Britons who will vote in the general election see themselves as "leavers" or "remainers" on the Brexit question. The poll released Thursday last week demonstrated that how the subjects of the poll position themselves politically depend on Brexit, rather than being backers of a political party or leader.

According to the poll, three-quarters of the 3,228 people who participated very clearly identified their Brexit preference while not particularly having strong opinions about any political party.

This indicator helped solidify some British analysts remarks that Brexit has divided parties and their voters, which can make the result unpredictable, even though Johnson’s Conservatives are comfortably ahead of the Labour Party in the polls.

The latter had promised to get Brexit done by January in case the Conservatives win, Labour had said that it would renegotiate the current deal and hold another referendum afterwards, while the Liberal Democrats are completely against the whole idea and would revoke Britain’s notification to leave entirely.

‘’The real risk is that if people vote for the Liberal Democrats, or indeed any other party, you get a coalition led by Jeremy Corbyn in No. 10,’’ Johnson told Reuters during his train trip to an election campaign last week.

Any vote for smaller parties could mean a potential failure to secure a majority and force the Conservatives to a Labour-led coalition.

All 650 seats are up for grabs in the House of Commons. The Conservatives currently have 298 seats, as opposed to Labour’s 243. Conservatives fear that voter support for Nigel Farage’s Brexit Party could potentially prevent them from winning closely contested seats, risking the party’s chances of obtaining an overall majority in the House of Commons.

Britain’s Brexit Party had announced on Thursday last week that it would field 300 candidates in next month’s election with the intention of forcing Johnson to deliver on his promise of a break with the EU. ‘
’What we’ve got so far in this campaign is for Boris to promise to change direction, what we now have to do is to hold him to account, to make sure we get a proper Brexit, and that’s my job,’’ Farage told the BBC last week.

This decision came after the Brexit Party’s agreement on not running candidates in 317 parliamentary seats currently held by Conservative lawmakers but The Daily Telegraph reported last Thursday that Farage rejected a last-minute strategic offer from the Conservatives to promise to only put up token opposition in 40 key seats if the Brexit Party would stand aside in other constituencies.

The Conservatives argue that Farage’s strategy of pressuring Johnson risks boosting parties that want to remain in the EU, as well as splitting the pro-Brexit vote.

Meanwhile, three smaller parties – the Liberal Democrats, the Greens and the Welsh-based Plaid Cymru – have already made clear that they will be in a tactical electoral pact in order to maximize their chances of electing lawmakers who will support remaining in the EU. Whichever anti-Brexit candidate is considered as the strongest in certain districts will get support from these parties.

Labour, on the other hand, has refused to join the so-called "remain coalition" of the smaller parties. Its hopes of forming a government could highly depend on the Scottish National Party (SNP), which is anti-Brexit but will not support Labour in Parliament unless they get a promise regarding another referendum on Scottish independence following a possible Labour win in December.

While the two main parties, Johnson’s Conservatives and Jeremy Corbyn’s Labour, focused their campaigns on a more economic basis by bringing up promises of large investments in infrastructure and public services, the Liberal Democrats took a different route by addressing climate change.

During a press conference in Leeds last week, Liberal Democrat Deputy Leader Ed Davey emphasized on his party’s role in the Dec. 12 election. He claimed that the business community’s frustrations over three years of uncertainty caused by voter’s decision to leave the EU and the government’s failure to deliver it helped create an opportunity for his centrist party to win over some Conservative voters.

The Liberal Democrats trail the two major parties in opinion polls but are expected to have significant importance in the scenario where neither the Conservatives nor Labour secure a majority, in which case will have to find a partner to form a government.

The current circumstances make the Dec. 12 general election unpredictable, and Johnson desperately needs an overall majority if he wants to end the Brexit saga in January.