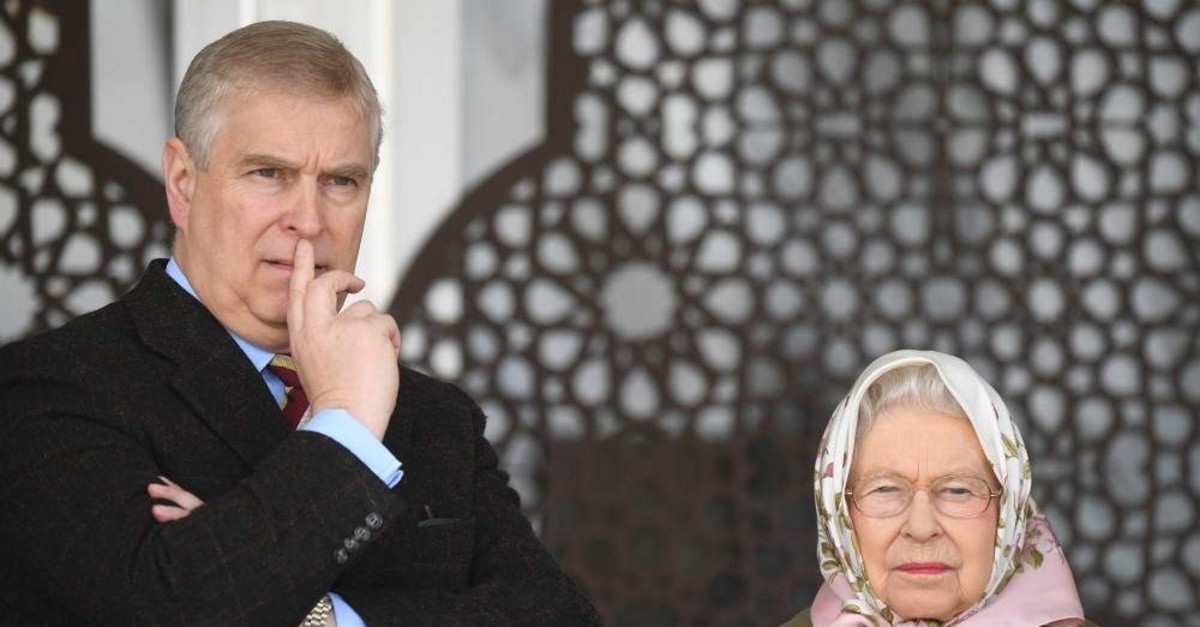 Britian's Queen Elizabeth II and Prince Andrew watch the Endurance event during the third day of the Royal Windsor Horse Show, in Windsor, Britain, 12 May 2017. (EPA Photo)
by Nov 20, 2019 9:17 pm

Britain's Prince Andrew said on Wednesday he was stepping down from public duties for the foreseeable future after being engulfed in a scandal involving Jeffrey Epstein.

Andrew, Queen Elizabeth's second son, denies an allegation that he had sex with a 17-year-old girl procured for him by his friend Epstein, the financier who killed himself in a U.S. prison while awaiting trial on sex trafficking charges.

The scandal has escalated since Andrew's rambling explanations in a disastrous TV interview aired on Saturday left many viewers incredulous, and his apparent lack of compassion for Epstein's victims drew widespread condemnation.

In a statement issued by Buckingham Palace, Andrew said the scrutiny had become a "major disruption" to the work of the royal family and the charities associated with him.

"Therefore, I have asked Her Majesty if I may step back from public duties for the foreseeable future, and she has given her permission," he said.

"Of course, I am willing to help any appropriate law enforcement agency with their investigations, if required."