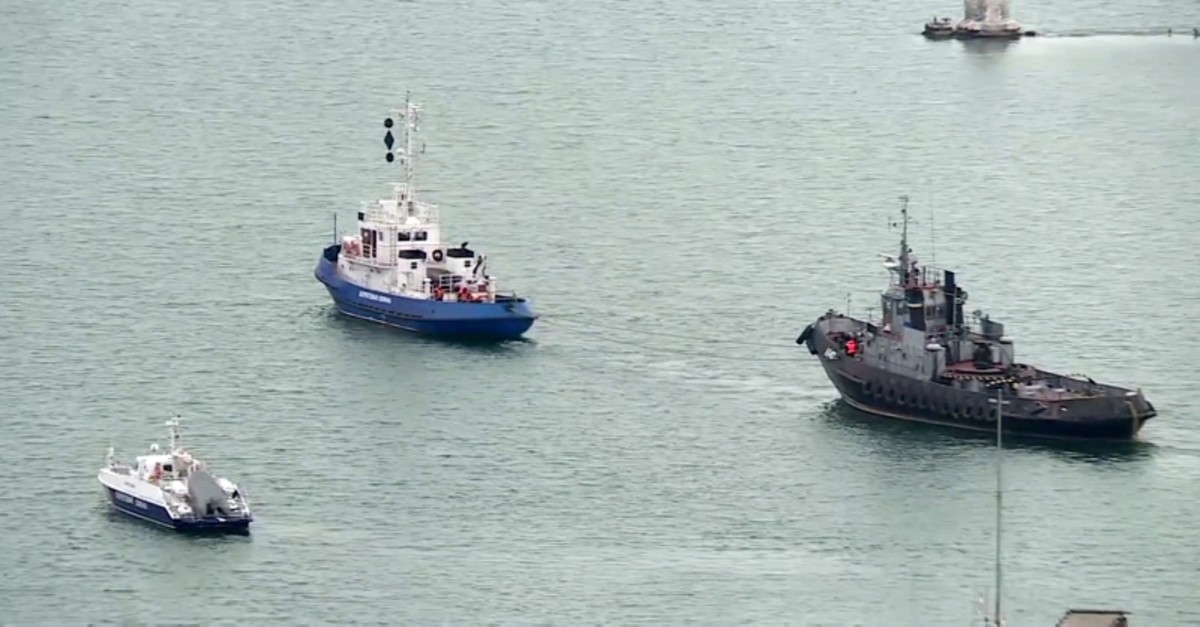 Three naval vessels that Moscow seized last year and handed back to Ukraine have arrived at a Ukrainian port, though Kiev said they were stripped of some equipment.

The Nikopol, the Berdyansk and the Yany Kapu were seized in November last year in the Kerch Strait, in the most serious confrontation between Moscow and Kiev since the beginning of the conflict in east Ukraine in 2014.

The two gunboats and a tugboat were handed back this week after they were held in evidence following what Moscow says was an illegal breach of the Russian border.

The ships were welcomed back on Wednesday evening by the Ukrainian navy and President Volodymyr Zelensky, who reviewed them in the Black Sea navy port in Ochakiv.

"I am very happy that our navy vessels are back where they belong. As promised, we have brought back our sailors and our ships," Zelensky said.

"Some of the equipment is missing, as well as some weapons," he said. "There will be an investigation. We will see all of the details."

The vessels had to be towed to their destination by other Ukrainian ships and were greeted from the shore by Ukrainians holding national flags.

The Ukrainian defence ministry said that "the Russians have dismantled some communication and navigation equipment on board," and the ships will be examined by Ukrainian investigators and military prosecutors.

This will permit Ukraine to use the information "for judicial review of Russia's actions in Ukrainian and international courts," Admiral Igor Voronchenko said in a statement.

But Russia's Federal Security Service (FSB), which oversees the border service, denied tampering with the ships, saying they had been "handed over to the Ukrainian side in normal condition."

Sailors from the three ships were held by Moscow for months before being released in September in a high-profile prisoner swap with Ukraine, a long-awaited measure aimed at easing tensions ahead of a Ukraine peace summit.

The presidents of Ukraine and Russia, with mediation by their counterparts from Germany and France, will meet in Paris on December 9, aiming to end the conflict in eastern Ukraine.