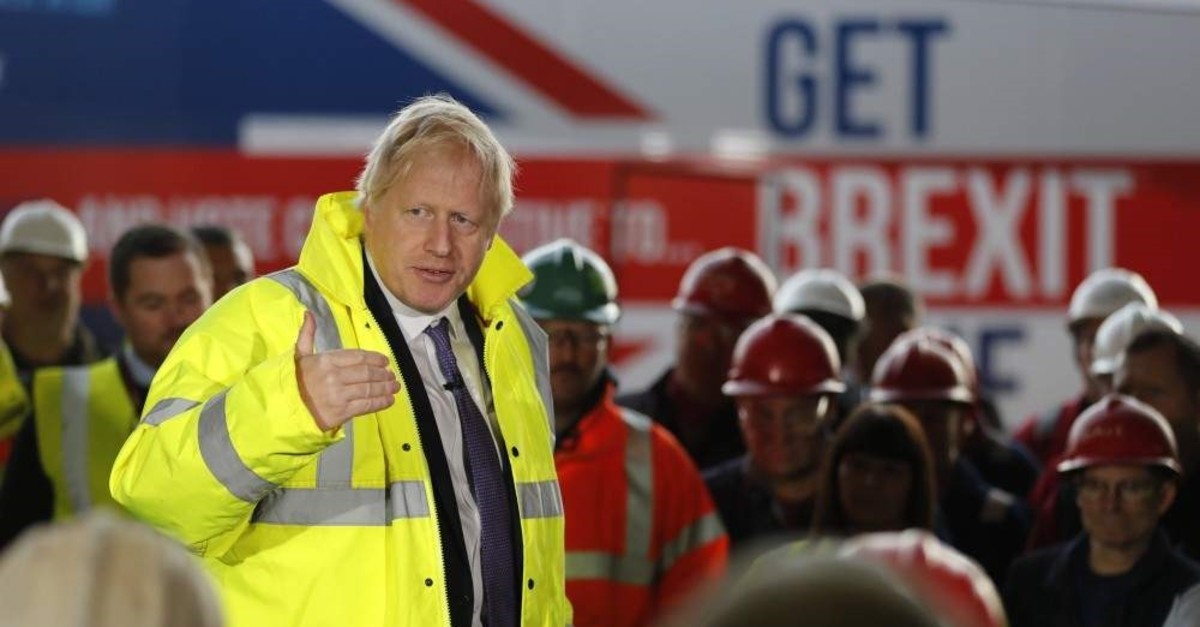 British Prime Minister Boris Johnson wants Parliament to vote on his Brexit deal before Christmas, he said yesterday, as his Conservative Party prepared to launch its election manifesto in the city of Birmingham.
Johnson said getting the deal through Parliament would be an "early Christmas present to the nation" and would ensure people could enjoy a Brexit-free festive period.

The prime minister said Brexit would be possible before Jan. 31, the date when Britain is currently due to leave the EU. "It's time to turn the page from the dither, delay and division of recent years, and start a new chapter in the incredible history of this country, the greatest place on earth," he wrote on Twitter.

With less than three weeks before Britain heads to the polls on Dec. 12, the governing Conservatives and opposition Labour Party are trying to tempt voters with different visions but several pledges to spend more on public services.

Johnson's manifesto aims at drawing a distinction with Labour, which has promised to raise taxes on big businesses and the nation's mega-rich to fund an expansion of state services. Opinion polls show Johnson's Conservative Party commands a sizable lead over the Labour Party, although large numbers of undecided voters mean the outcome is not certain.