Over $1.1 billion worth of antique jewelry stolen from museum in Germany's Dresden 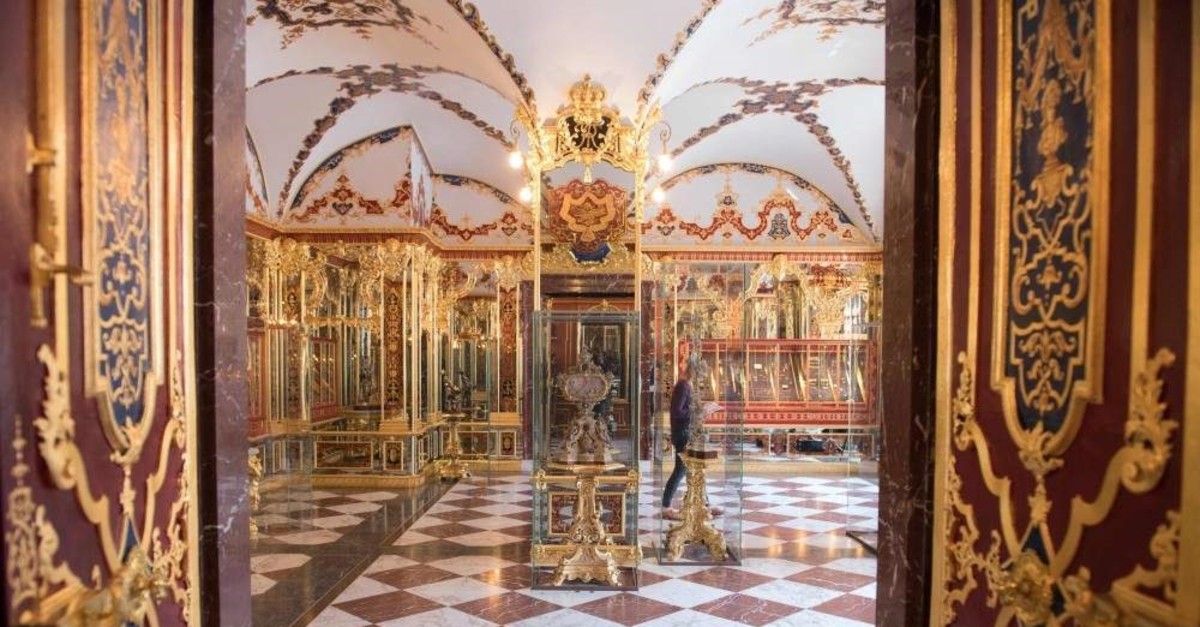 Picture taken on April 9, 2019, shows the Jewel Room (Juwelenzimmer), one of the rooms in the historic Green Vault at the Royal Palace in Dresden, eastern Germany. (AFP Photo)
by Compiled from Wire Services Nov 25, 2019 2:26 pm

A German state museum with one of the biggest collection of baroque treasures in Europe has been robbed, police said Monday, with media estimates of losses of up to 1 billion euros.

The Green Vault (Grüne Gewölbe) at Dresden's Royal Palace, which is home to around 4,000 precious objects made of ivory, gold, silver and jewels, was broken into early Monday morning.

Police confirmed a "break-in at the Green Vault" and said the thieves were on the run. Officials did not give an estimate but Bild newspaper reported that "antique jewelry worth around a billion euros has been stolen."

The newspaper said the criminals had broken into the well-protected palace by attacking a nearby power distributor and climbing through a window. They then proceeded to target smaller items of jewelry, leaving larger, bulkier items behind, Bild claimed, without citing sources.

Michael Kretschmer, the minister-president of Saxony, also visited the scene to receive information from officials.

The Green Vault is one of the oldest museums in Europe, having been founded by Augustus the Strong, Elector of Saxony in 1723. One of 12 museums that make up the famous Dresden State Art Collections, the vault is exhibited in two sections: The Historic Green Vault is located in authentically restored rooms on the ground floor of the Dresden royal palace, while special individual items are exhibited in the New Green Vault one floor above.

The historic section, which contains around three-quarters of the museum's treasures, was the one broken into on Monday.

Its treasures include a 63.8-centimeter figure of a Moor studded with emeralds and a 648-carat sapphire gifted by Tsar Peter I of Russia.

One of the Green Vault's most valuable pieces, a 41-carat green diamond, is currently being exhibited in the Metropolitan Museum of Art in New York as part of its "Making Marvels: Science and Splendor at the Courts of Europe" show.

The theft is the second high-profile heist in Germany in recent years, after a 100kg, 24-carat giant gold coin was stolen from Berlin's Bode Museum in 2017.