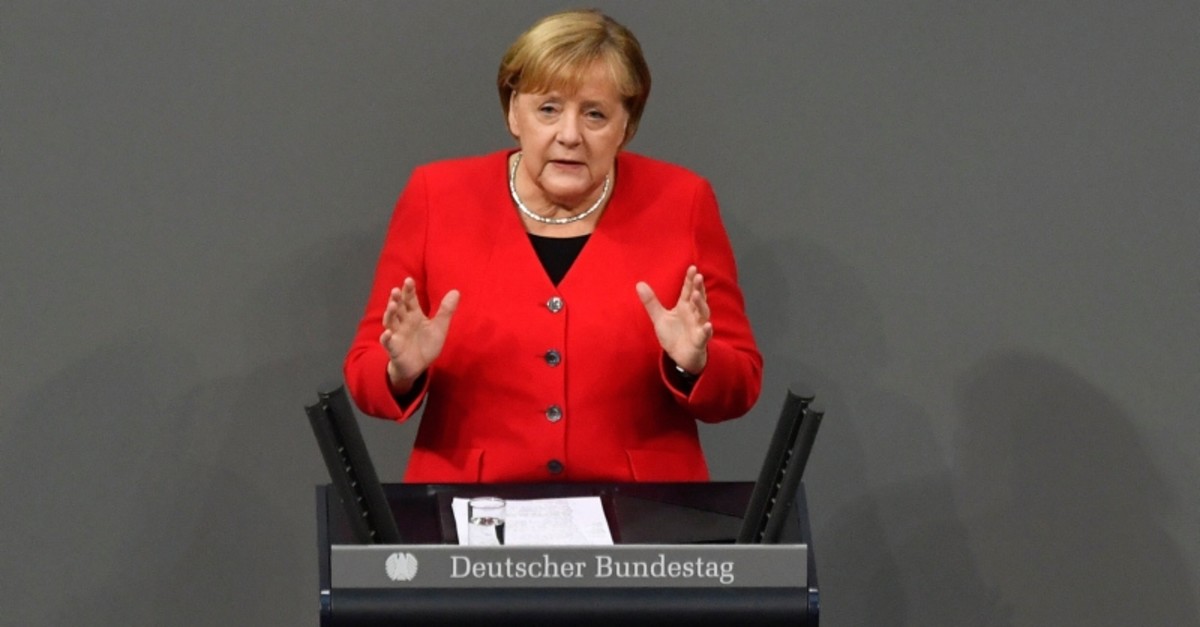 German Chancellor Angela Merkel on Wednesday highlighted Turkey's geostrategic importance for NATO and called for greater unity and coordination among the allies.

Addressing lawmakers at the Bundestag during a debate on the budget, Merkel dismissed calls by several opposition lawmakers to expel Turkey from the NATO alliance, due to its unilateral military action against terrorist groups in northeastern Syria.

"Turkey should remain a NATO member, and we should also work to ensure this. Turkey's membership is of strategic importance for NATO," she stressed, adding that the allies were discussing their differences in relevant bodies of NATO.

Merkel's remarks came ahead of the crunch summit of NATO leaders in London slated for Dec. 3-4.

Turkey launched a military operation in northern Syria last month with the goal of clearing the region of People's Protection Units (YPG) terrorists and creating a safe zone along the border.

Several NATO members, including the U.S., France and Germany, criticized the operation, expressing concerns over a potential humanitarian crisis and wider instability in the region.

The YPG is the PKK's Syrian offshoot. In its more than 30-year terror campaign against Turkey, the PKK – listed as a terrorist organization by Turkey, the U.S. and the European Union – has been responsible for deaths of 40,000 people, including women, children and infants.