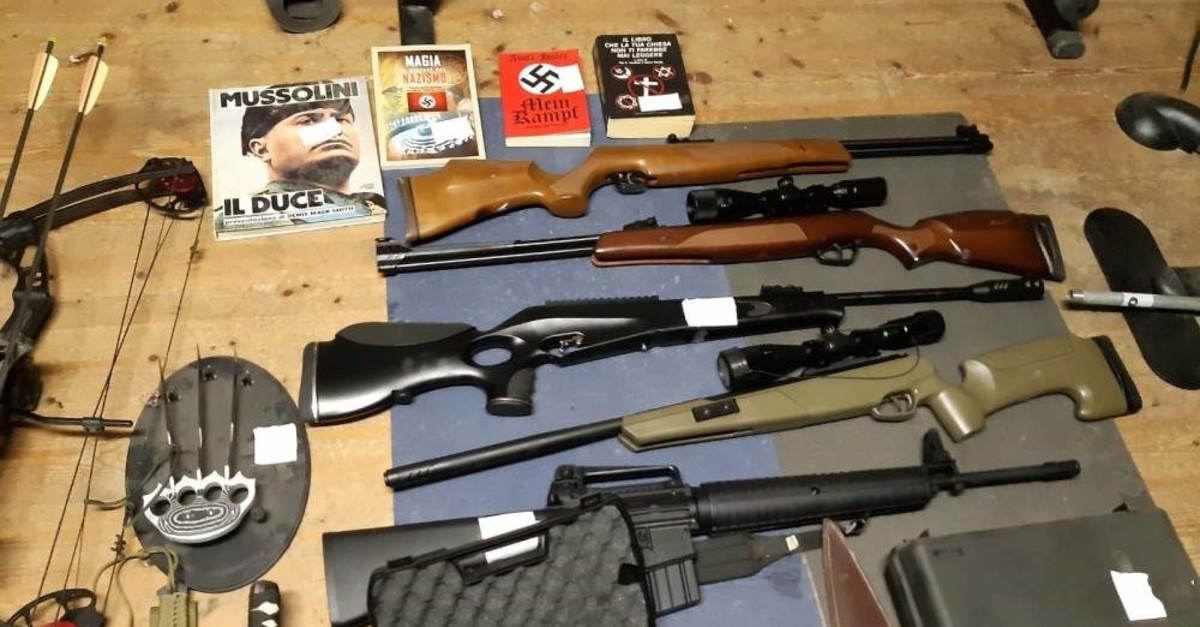 A Sicily-based countrywide raid by the Italian police led to the arrest of 19 suspects on Thursday, which are believed to be part of the National Italian Socialist Workers’ Party, also revealing a large network of Neo-Nazis scattered around the country.

According to local media reports, the operation began with anti-mafia and anti-terror police’s local monitoring of extreme right-wing militants in Sicily. A total of 19 arrests were announced by the Sicilian prosecutors and a nationwide network of potential fascist militants was exposed in the aftermath of the operations led by the police forces. The winner of an online beauty competition for the title of ‘’Miss Hitler’’ is included in the list of the arrested. Numerous weapons, explosives and various books and posters of extremist propaganda were discovered in the houses of the suspects during the series of raids that prolonged from Milan to Sicily. Police announced that the propaganda items consisted of Nazi flags and books about Benito Mussolini and Adolph Hitler. Additionally, rifles, crossbows, knives, swords and automatic weapons were also reported to having been found in the search. The suspects are believed to be a part of the fledgling neo-Nazi National Italian Socialist Workers’ Party. The latter is known to be openly xenophobic and anti-Semitic.

Police also stated that the group was in the process of forging contacts with other extremists in various parts of Europe. They were allegedly in contact with Portugal’s far-right New Social Order and with Britain’s Neo-Nazi Combat 18. Last August, the 26-year-old Milan resident had spoken at an extreme-right conference in Portugal with the objective of uniting the so-called ‘’National Socialist movements’’ of Italy, Spain, France and Portugal. They were reported to have the aim of recruiting through a closed social media chat under the name ‘’Militia’’ and were dedicated to training militants.

According to Italian Daily Corriere della Sera, the group was communicating through a Russian chat app in an attempt to remain hidden. They also used Russian social media platform VK to host the ‘’Miss Hitler’’ competition. A 50-year-old woman in Padua, with the nickname ‘’sergeant major of Hitler,’’ is believed to be one of the most powerful and influential members of the group and is suspected of being in charge of the recruitment process.