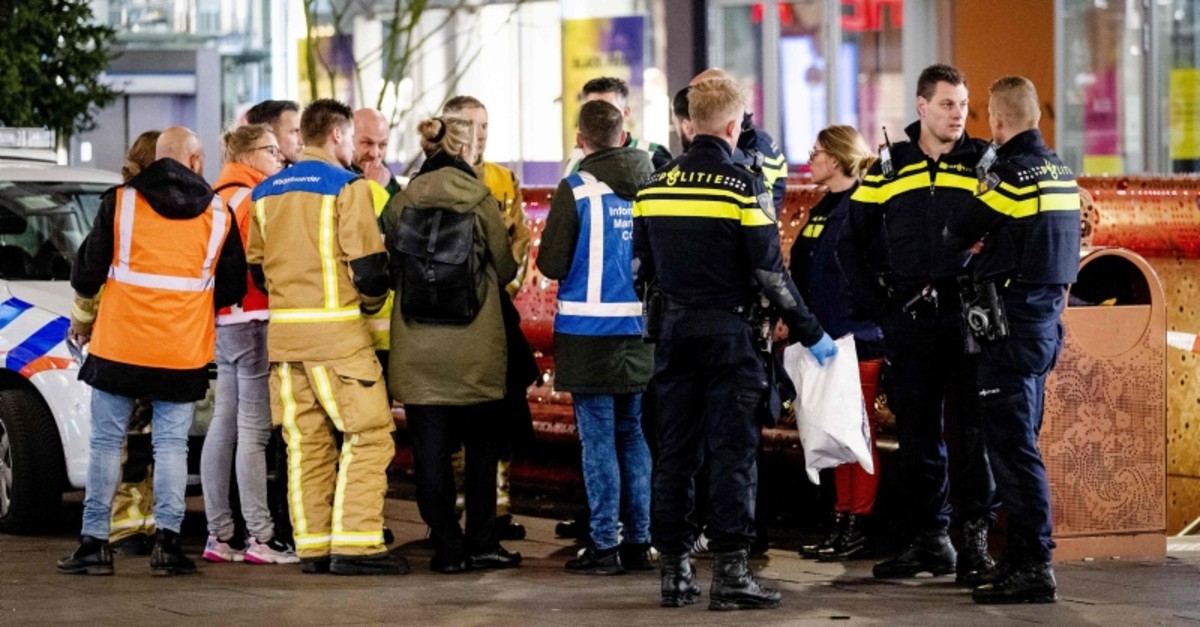 Police arrive at the Grote Marktstraat, one of the main shopping streets in the centre of the Dutch city of The Hague, after several people were wounded in a stabbing incident on November 29, 2019. (AFP Photo)
by Nov 29, 2019 11:32 pm

A man stabbed and injured three people in the centre of The Hague on Friday, Dutch police said on Twitter.

Medical response officials rushed to the scene at the Grote Marktstraat, a busy shopping street in the city centre, the ANP news agency reported.

According to the police, they were searching for a man between the ages of 45 and 50. The background to the incident was initially unclear.

The incident occurred just hours after a terrorist attack in London where two people were killed and three others injured in a knife attack. The alleged perpetrator was shot dead by police after a scuffle with passers-by.