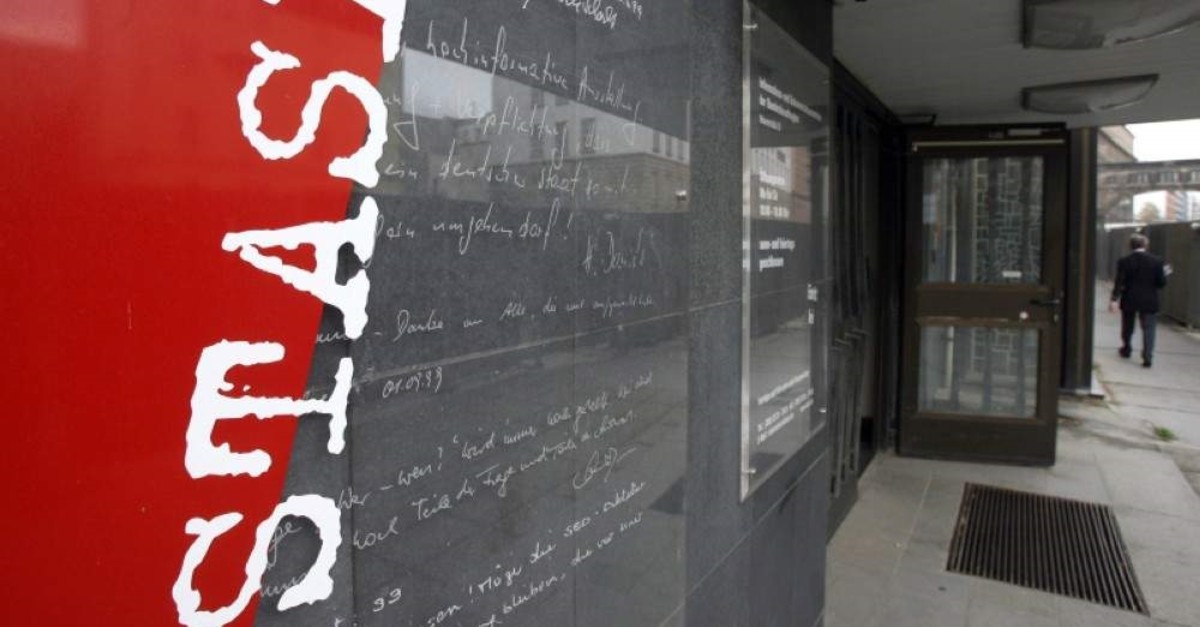 This file photo taken on Nov. 7, 2006, shows the entrance of the documentation center of the former East Germany's Ministry for State Security, better known by its acronym STASI, in Berlin. (AFP Photo)
by Daily Sabah with AFP Dec 01, 2019 11:03 pm

The robbers broke in through a window on the first floor, "smashed several showcases, and stole medals and jewelry," police said in a statement. They made off with their spoils undetected.

The time of the raid was unclear but a museum employee found showcases smashed in the exhibition rooms on Sunday morning. According to the initial findings of the police, the burglars gained access to the building by climbing onto the roof of the entrance area and then entering the building through a window on the first floor.

Museum director Joerg Drieselmann told the Tagesspiegel daily that among the medals taken were a gold Patriotic order of Merit, an Order of Lenin and an Order of Karl Marx – the highest honor awarded in the former communist East Germany.

Stolen jewelry included rings and a watch, he said. The items were confiscated by the Stasi from private individuals.

After the collapse of the communist regime, many items were returned to their owners. But some which remained unclaimed were on permanent loan to the Stasi Museum as part of its exhibition.

"These are not huge treasures. But we are a history museum and don't expect people to break in," the museum chief was quoted as saying. "It is always painful when someone breaks in. The sense of security is significantly disturbed," he said.

The latest robbery came hot on the heels of a brazen heist at the Green Vault museum in Dresden's Royal Palace on Nov. 25.

Having sparked a partial power cut before breaking in through a window, the thieves stole priceless 18th-century diamond jewelry – including a famous 49-carat Dresden white – from the collection of the Saxon ruler August the Strong.

Police are still hunting four suspects, and have offered half a million euros ($550,000) as a reward for information leading to an arrest or recovery of the stolen goods.

Investigators are also in contact with colleagues in Berlin to explore possible connections to a similar heist in the capital two years ago.

Four men with links to a notorious Berlin gang were later arrested and put on trial.

The coin has never been recovered, and fears are growing that the Dresden treasures will also remain lost forever.

Shaken by the loss, Germany's Culture Minister Monika Gruetters this week called for a national conference on museum security.

"We need to look at how museums can protect their objects from such brutal activities while still being accessible to the public in the normal way," she said.