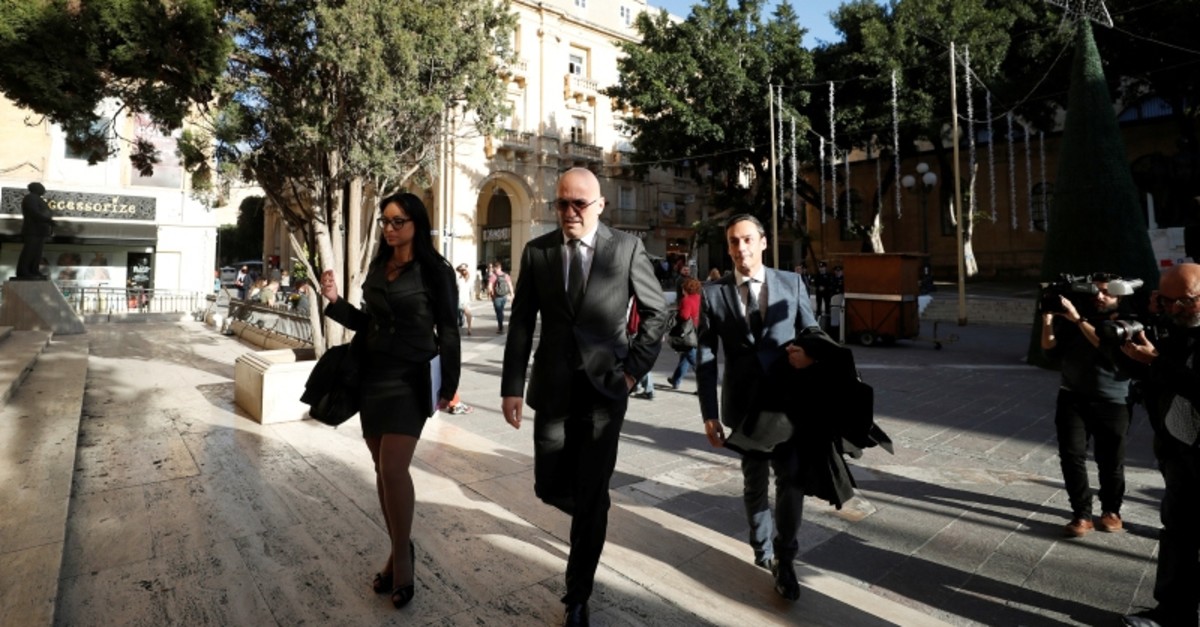 Maltese businessman Yorgen Fenech, who was arrested in connection with an investigation into the murder of journalist Daphne Caruana Galizia, arrives at the Courts of Justice in Valletta, Malta, November 29, 2019. (Reuters
by Compiled from Wire Services Dec 01, 2019 8:01 pm

Maltese prosecutors on Saturday charged a prominent local businessman with having been complicit in the murder of investigative journalist Daphne Caruana Galizia in a 2017 car bombing on Malta.

Yorgen Fenech, a Maltese hotelier and former director of the Maltese power company, was also charged in the evening courtroom hearing with being an accomplice to causing the explosion that killed the 53-year-old reporter, known for her extensive work in fighting corruption, as she drove near her home.

Fenech was also indicted for a further charge: promoting, organizing or financing a group with the intention of committing a crime.

Three men were earlier charged with carrying out the actual bombing. But it wasn’t immediately clear if ‘’the group,’’ referred to them or perhaps to others.

The reporter’s family has alleged that Fenech has ties to several close associates of Prime Minister Joseph Muscat, including his recently resigned chief of staff.

“What we now expect is the prime minister to leave the office and to leave Parliament,” Corinne Vella, one of the slain reporter’s sisters, told The Malta Independent after the charges were lodged against Fenech.

Muscat, 45, is under pressure to step down over his handling of the Daphne Caruana Galizia murder probe. Muscat's former chief of staff Keith Schembri has been questioned in connection with the murder of the journalist in 2017.

Muscat was elected prime minister in 2013 and oversaw impressive economic success and low unemployment but his administration was weighed down by allegations of corruption and cronyism.