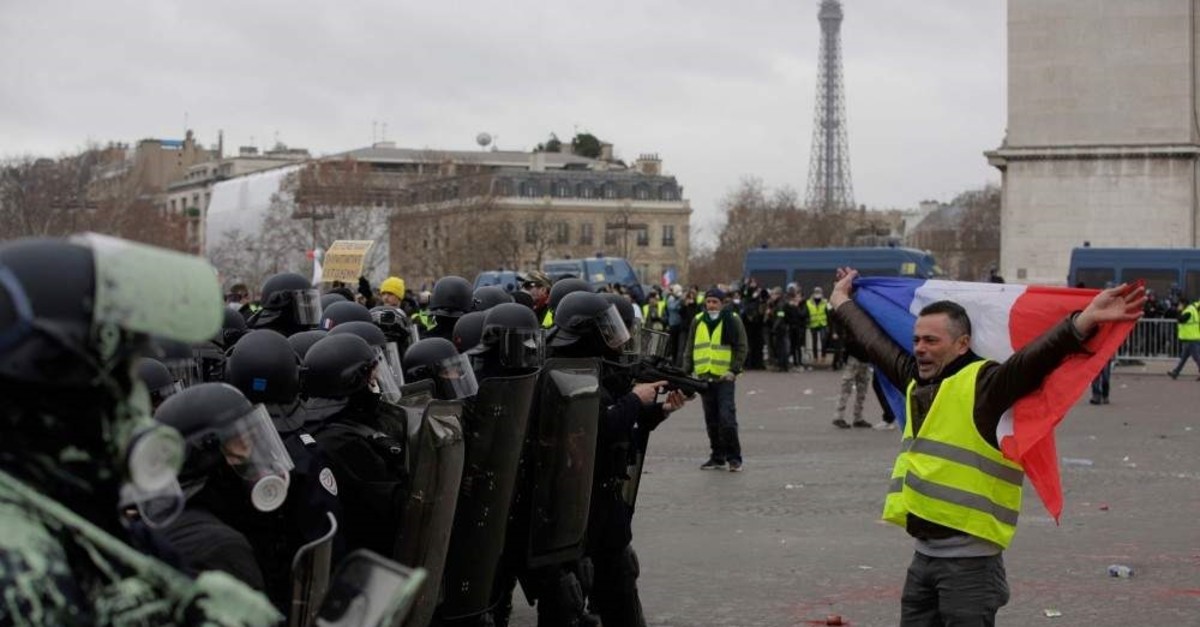 French President Emmanuel Macron’s government is bracing for major protests that could snarl rail and metro traffic across the country on Thursday, raising the specter of a second French winter of discontent a year after the start of the yellow vest protest movement.

Ahead of the Dec. 5 nationwide strikes, the French cabinet convened on Sunday for a crisis session in order to discuss tactics, common strategy to defend reforms earlier imposed by President Macron. Several ministers also met to discuss arrangements to ensure the social order and security during the protests.

Unions have called a new indefinite strike against an overhaul of the pensions system that they say will require people to work longer or accept a lower pension. Disruption is expected to be widespread, with train and bus drivers, air traffic controllers, electricity supply workers, truck drivers, oil refineries, teachers, students, police officers, lawyers, judges and street-cleaners all threatening to stay out of work for an indefinite period, as reported by a French public radio service, RFI. The yellow vest protests are also expected to join these marches. A similar strike in the winter of 1995 forced the former French Prime Minister Alan Juppe to reverse reform plans.

France has witnessed escalating violence during the ongoing yellow vest protests. The yellow vest movement began last November, triggered by anger over a fuel tax increase. It quickly evolved into a broader movement against Macron, accused of ignoring the day-to-day struggles of low-income earners in small-town and rural France. Macron had bowed to pressure from the street and agreed to a number of concessions aimed at appeasing protesters. However, he has failed to satisfy them with a mix of tax cuts and attempts to bridge the gap between the Paris elite and the rest of the country.

The weekly demonstrations around France prompted Macron to loosen the state’s purse strings to the tune of nearly 17 billion euros ($18.8 billion) in wage boosts and tax cuts for low earners. The response of Macron's government to the yellow vest protests has been seen as an escalation of state violence toward its citizens as the U.N. recently urged a French probe into the use of force during the protests, in which more than 300 people were injured by police violence.