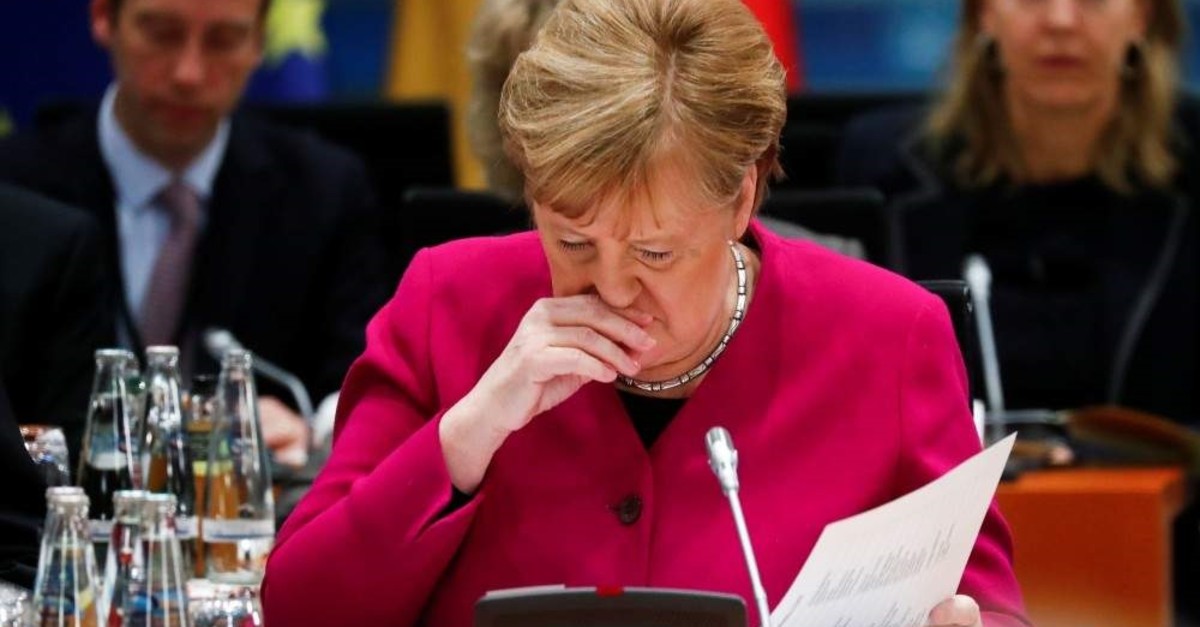 The future of Germany's ruling coalition looks shaky after the weekend election of new leaders of the Social Democrats (SPD) who are demanding a shift in policies, which Chancellor Angela Merkel's conservatives have rebuffed.

Members of the center-left Social Democrats on Saturday chose left-leaning duo Norbert Walter-Borjans and Saskia Esken as their new leaders. They rejected a rival team that included Vice Chancellor Olaf Scholz and strongly favored staying in Merkel’s coalition. Walter-Borjans and Esken are more skeptical, though they haven’t advocated a quick exit. They have advocated renegotiating issues such as the level of the minimum wage, climate protection, and investment, though it’s unclear how far their demands will go.

The coalition deal forming the basis of Germany's ruling alliance is not up for renegotiation and the new leaders of the Social Democrats (SDP) must decide whether or not they want to stay in government, Chancellor Angela Merkel's protegee said yesterday.
Annegret Kramp-Karrenbauer, chairwoman of Merkel's Christian Democrats (CDU) and would-be successor as chancellor, said the election of the new SPD leadership was not sufficient grounds to change the ruling parties' coalition agreement.
"So the new SPD leadership must decide whether they want to stay in this coalition or not," she told broadcaster ZDF. "We have a coalition and this coalition has a coalition agreement. That is the basis on which we are working. And it applies for the whole legislative period. We are not a therapy facility for the respective coalition, government parties."