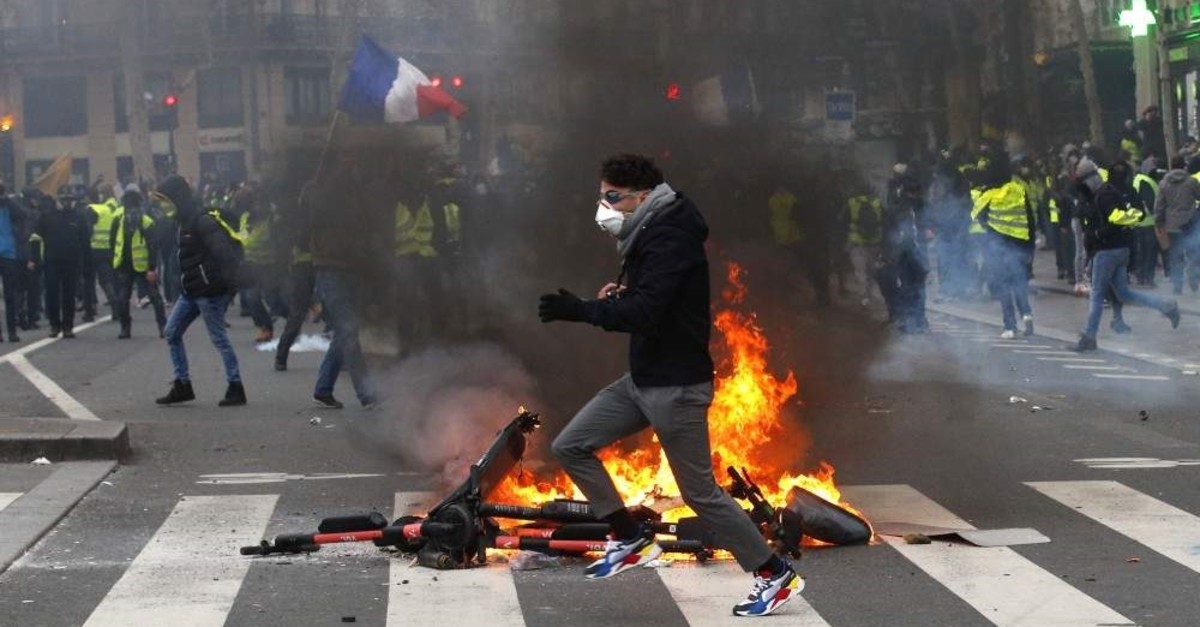 A year after the start of the yellow vest protest movement, France is bracing for a national strike and protests by hardline unions, starting Thursday, against President Emmanuel Macron's plans to reform the country's pension system, raising the specter of a second French winter of discontent. Gathering in Paris, large swathes of France’s workforce, spanning generations, want to vent their anger at the reform proposals that President Macron thinks are necessary to make the pension system financially sustainable.
With the proposal, Macron’s government wants to apply one set of rules to all new pensioners. It would replace the current 42 pension regimes that apply to various professions and can include specific provisions, like early retirement for train workers. All French retirees receive a state pension. The overall legal retirement age is 62. The industrial action illustrates the mounting fears across generations that people will have to work longer for less.

Police warned Wednesday of possible violence and damages and ordered all businesses, cafes and restaurants along the path where union workers are planning to march, to stay closed. Authorities also issued a ban on protests on the Champs-Elysees avenue, around the presidential palace, parliament and Notre Dame Cathedral. The SNCF railway company expects nine out of 10 high-speed trains to be canceled. International train lines are also affected. Air France said about 30% of its domestic flights have been canceled. Thousands of schools are closed, and garbage may not be collected as many workers, mostly from the public sector, have joined the movement. Some public hospital workers plan to attend the Paris march as well and police unions also called for a symbolic protest.

The strikes are the latest in a long line of protests since Macron came to power in 2017. Most center on changes to the labor market, which Macron insisted during his election were necessary for France to become a more dynamic economy. The worry for Macron’s government is that the strikes could reignite the yellow vest protests, which erupted in November 2018 over anger about a fuel tax increase. The protests quickly turned into a broader movement for more economic and social justice and stood in opposition to Macron’s policies seen as favoring the rich. Macron was also accused of ignoring the day-to-day struggles of low-income earners in small-town and rural France. Macron had bowed to pressure from the street and agreed to a number of concessions aimed at appeasing protesters. However, he has failed to satisfy them with a mix of tax cuts and attempts to bridge the gap between the Paris elite and the rest of the country.