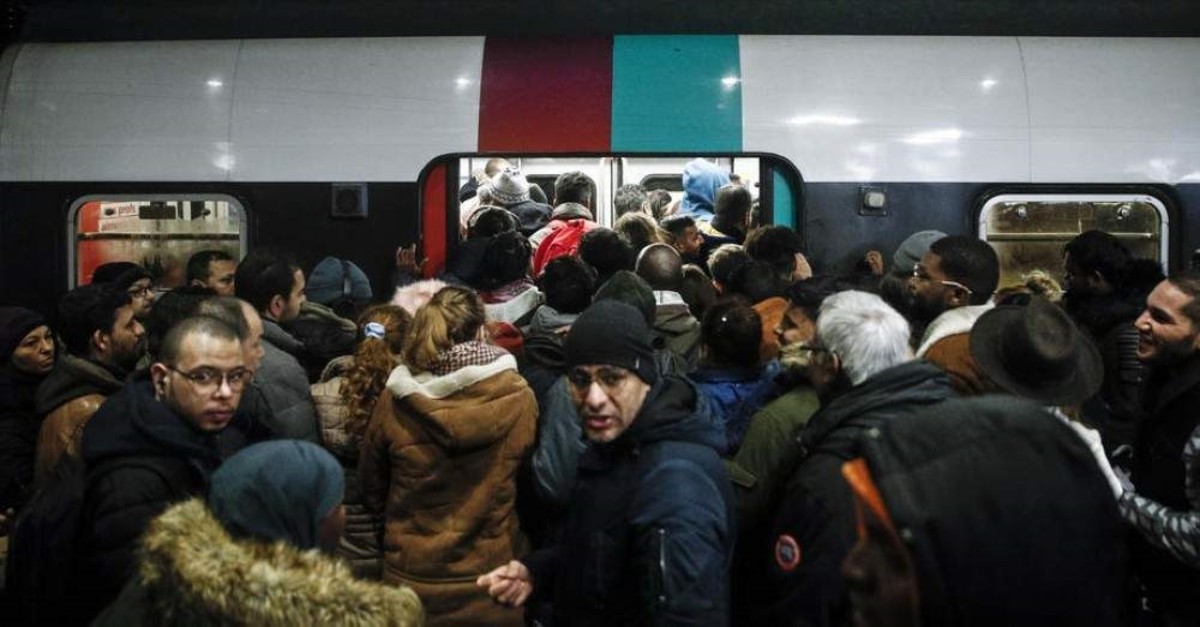 France's transport chaos deepened amid an ongoing nationwide strike and mass protests over pension reforms, ramping up tensions at the start of a crucial week in President Emmanuel Macron's battle with trade unions. With only two of the Paris metro's 16 lines running as normal and suburban trains also heavily disrupted, many commuters slipped behind the wheel to try to get to work in torrential rain, causing major gridlock. Large queues formed at bus stops following an announcement that one out of two buses would be running but striking workers blocked seven out of 25 bus depots, leaving more travelers stranded. With many having opted to work from home last week and only now returning to the workplace, this week will test public support for the strike and the Macron’s government as well as it faces a similar challenge to that of former President Jacque Chirac’s in 1995.

A poll on Sunday in the Journal du Dimanche newspaper showed 53% of the French supporting the strike or expressing sympathy for their demands, up six points in a week. France has been dragged into a state of chaos because of the Macron government’s planned reform on pensions, with hundreds of thousands taking to the streets starting last Thursday. It remains to be seen whether the protests will reach the magnitude of the 1995 strikes against pension overhauls, when the country was paralyzed for three weeks in a successful attempt at diverting Chirac’s government from its policy. As Macron is determined to push the reform through and unions aren’t backing down. The outcome appears to depend on who gives in first. The unions risk losing public support if the movement lasts too long, and the government fears losing its voters that could side with the unions and blame officials and general inefficiency for the standoff.

The nationwide reaction has become the latest on Macron’s record following months of protests by teachers, hospital workers, police and firefighters as well as the yellow vest movement demanding improved living standards. The government’s deepest concern seems to be the possibility of these events snowballing into a continuation of the yellow vest movement by reigniting it.