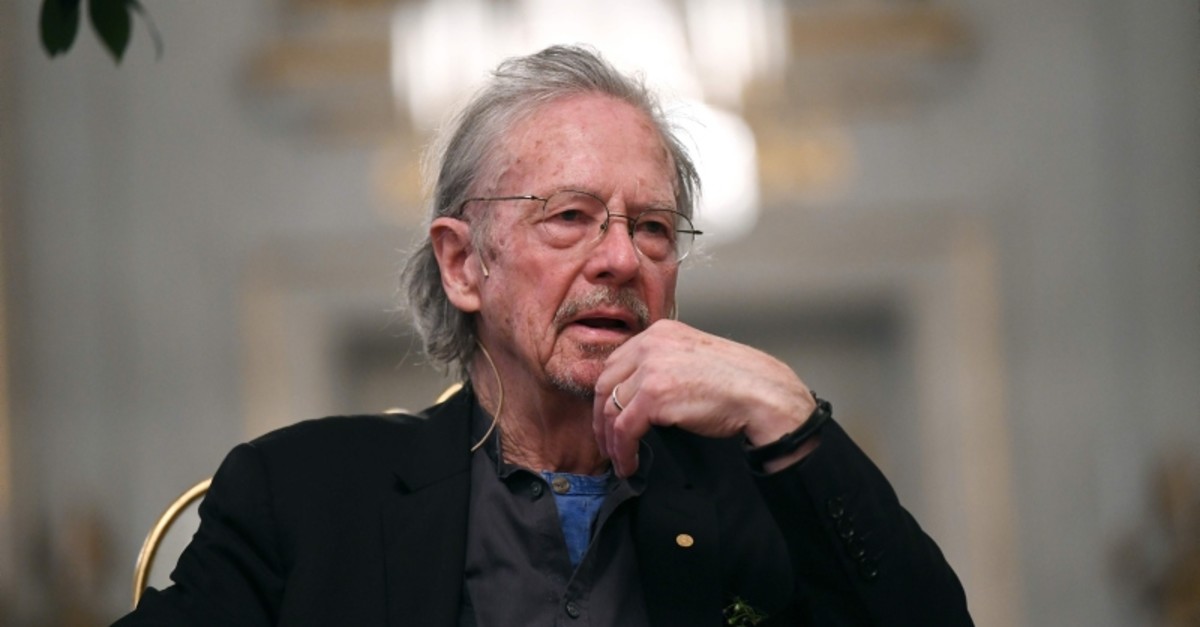 Kosovo declared Peter Handke a persona non grata Wednesday in the latest protest against his induction as a Nobel literature laureate, barring the Austrian writer from a place he has visited numerous times.

"Today I have decided to declare Peter Handke as not welcome in Kosovo. He is a non grata person from today. Denying crimes and supporting criminals is a terrible crime," Kosovo's Foreign Minister Behgjet Pacolli wrote on Facebook.

"Worst of all is that Peter Handke hasn't changed his past denial," the Canton Assembly of Sarajevo said in a statement after the vote.

Handke received his Nobel Literature Prize Tuesday amid criticism of him in Sweden and abroad as an apologist for Serb war crimes in the 1990s.

Handke has been a staunch supporter of the Serbs and has disputed that the massacre of 8,000 Bosnian Muslims in the town of Srebrenica was genocide.

Representatives of seven countries boycotted the awards ceremony in protest, as did a member of the Swedish Academy that chooses the literature prize winner. A member of the committee that nominates candidates for the prize resigned his post.

Albania, Bosnia, Kosovo, Croatia, North Macedonia, Turkey and Afghanistan boycotted the ceremony and some of those countries’ leaders denounced the prize.

He also openly supported Serbian leader Slobodan Milosevic, who died in 2006 while on trial at the international tribunal in The Hague for war crimes and genocide.

Swedish physician Dr. Christina Doctare – part of the U.N. peacekeeping team during the Bosnian war – returned her 1988 Nobel Peace Prize to the Royal Swedish Academy to protest Handke getting the award.