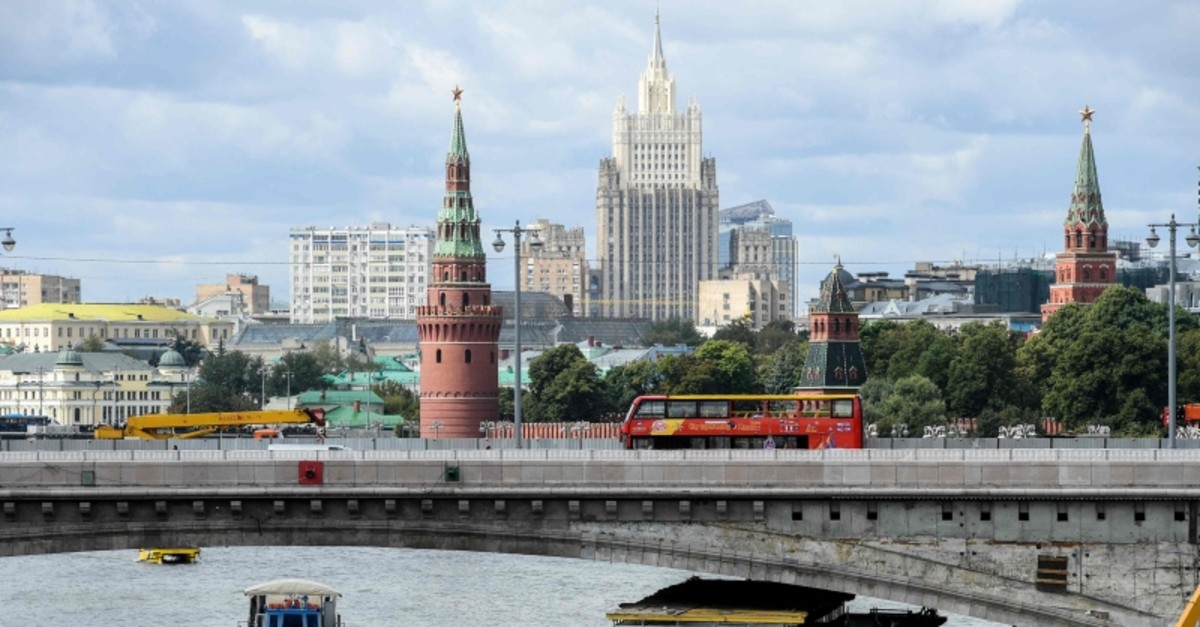 | AFP Photo
by Daily Sabah with DPA Dec 12, 2019 11:27 am
The Russian Foreign Ministry on Thursday declared two German diplomats persona non grata in a tit-for-tat move.
The German diplomats were given seven days to leave the country, the ministry said.
The ministry summoned the German ambassador Thursday in the dispute over the investigation into the murder of a Georgian in Berlin.

Ambassador Geza Andreas von Geyr declined to comment to reporters upon leaving the ministry, saying, "You will find out everything via official channels," state media reported.

The German government last week expelled the two Russian diplomats amid allegations that Russian state actors were behind the broad daylight shooting on Aug. 23 of a 40-year-old Georgian of Chechen origin in central Berlin. The Georgian is believed to have fought on the side of Chechen rebels in a war against the Russian state.

Russian President Vladimir Putin, speaking at a press conference earlier this week alongside German leader Angela Merkel, described the murder victim as a "bandit" involved in terrorist attacks on civilians.