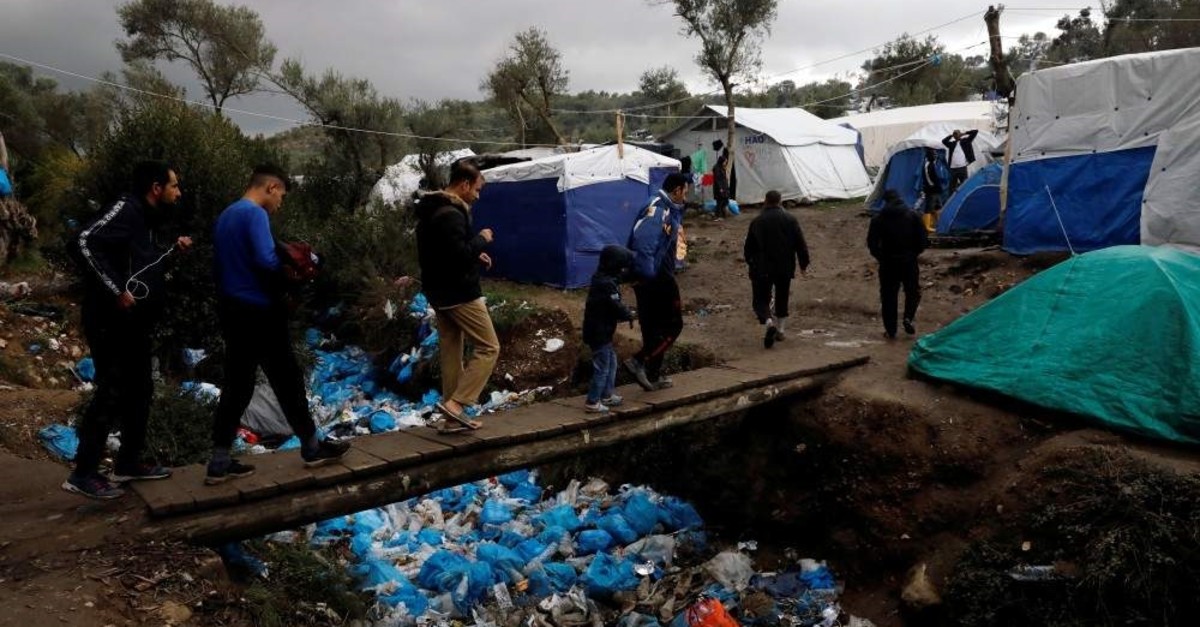 Greece's Prime Minister Kyriakos Mitsotakis called on Germany and other EU states to take in migrants and asylum seekers directly from the island of Lesbos.

"The idea is that a portion of the asylum application process be carried out in other countries," Mitsotakis said in an interview with the German Bild am Sonntag newspaper.

"We need to develop a European asylum and migration pact, like what the [European] Commission promised, and in dealing with this problem, we need more burden sharing," he said.

The registration camps for migrants on the Greek islands in the east of the Aegean Sea are severely overcrowded.

Following a recent inspection of the camp on Lesbos, the U.N. High Commissioner for Refugees Filippo Grandi declared the situation catastrophic.

Ylva Johansson, the EU's new commissioner for home affairs, has said there is an urgent need to reform the bloc's asylum policies.
Last month, Greece announced plans to overhaul its migration management system, replacing overcrowded refugee camps on the islands with smaller detention facilities and moving some 20,000 asylum seekers to the mainland over the next few weeks.

Camps on Lesbos and four other islands in the eastern Aegean Sea are suffering dramatic overcrowding ahead of the winter, with hundreds of families sleeping in tents and often in poor sanitary conditions outside the official facilities. Approximately 39,000 people live in and around the camps on Lesbos, Chios, Samos, Leros und Kos, according to government estimates. The total official capacity of the camps is approximately 7,500 people.

“In the short term, we will return security and control to the areas affected by the crisis,” Deputy Defense Minister Alkiviadis Stefanis said. “Normal life will return to these areas and measures will be taken to safeguard them from future threats, with an emphasis placed on deterrence.”

The planned changes are the most significant since a landmark deal in 2016 between Turkey and the European Union to limit migration to Europe. Under the terms of the agreement designed to stem the flow of asylum seekers into Europe, those arriving on eastern Aegean islands from Turkey are held there pending deportation back to Turkey unless they successfully apply for asylum in Greece.