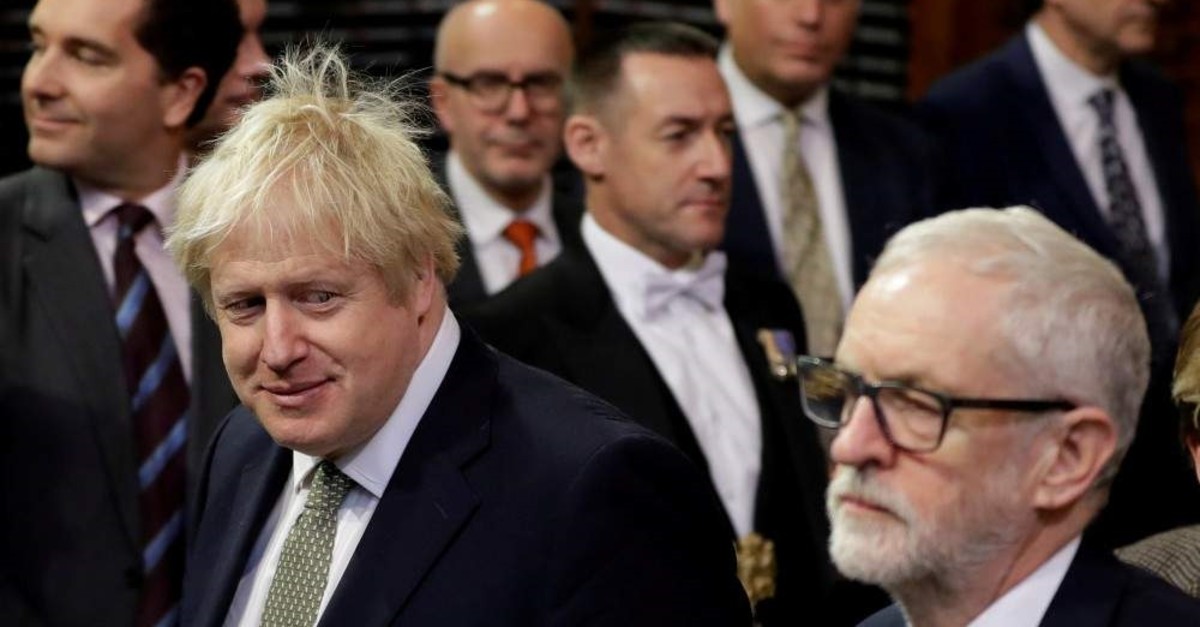 The House of Commons voted to back Prime Minister Boris Johnson's Withdrawal Agreement Bill on Friday, marking a big step toward the U.K.'s exit from the European Union on Jan. 31.

The vote also served as a ban for the government to extend the transition period even further.

Implementing the Brexit agreement that PM Johnson had reached with the EU back in October, the withdrawal bill was introduced in Thursday's Queen's Speech that set the government's priorities for the next year.

Friday saw the Tory-dominated Parliament vote on it, and Johnson received full support this time around, as expected following the Conservatives' 80-seat majority secured in last week's general election.

Legislators had the chance to debate the bill's main principles for the first time in the House of Commons. After its acceptance, they have a further three days to debate it on the Jan. 7, 8 and 9. The government said that it would turn the bill into law before the Brexit deadline of Jan. 31.

The vote can be considered a big step in the Brexit process that has dominated the country's political climate for over three years. Former Prime Minister Theresa May's earlier withdrawal agreement was rejected three times by MPs and played an important role in her resignation.

The previous bill introduced by Boris Johnson in October was backed by the Commons but withdrawn by the government after the MPs rejected getting it through Parliament within a three-day deadline.

But after a general election victory with an 80-strong Conservative majority, things certainly look different from back in October.

The pause seems to have come to an end with the general election, and now Johnson looks to be back on track following the MPs vote on the withdrawal bill.

The PM looked more determined now than ever to get Brexit done, especially in his speech in front of the MPs before the vote, covered by BBC.

"It ensures we depart on Jan. 31. At that point, Brexit will be done. It will be over," he told MPs.

"The sorry story of the last three years will be at an end and we can move forward," he said.

He seemed sure that it was time for "certainty" after years of "delay and rancor."

Jeremy Corbyn, however, had announced before the vote that Labour would oppose the bill and had stated his belief that there was "a better and fairer way" to leave the EU.

Corbyn implied that the government had mishandled Brexit, leading to a paralyzed political system that divided communities and described the whole process as a "national embarrassment," according to BBC's coverage.

His statements revealed his stance on Brexit, as he expressed his willingness to stick to his party's basic principles.

Stating that Labour would not support the bill and remain faithful about a better and fairer alternative for the U.K. to leave the EU, Corbyn set the tone for a discouraged Labour that suffered a historic defeat in last week's general election.

Holding on to the idea that there has to be something better than this "terrible" Brexit deal, he said that he hoped for a deal that would not "sellout public services" or "sacrifice hundreds of thousands of jobs in the process," the BBC reported.