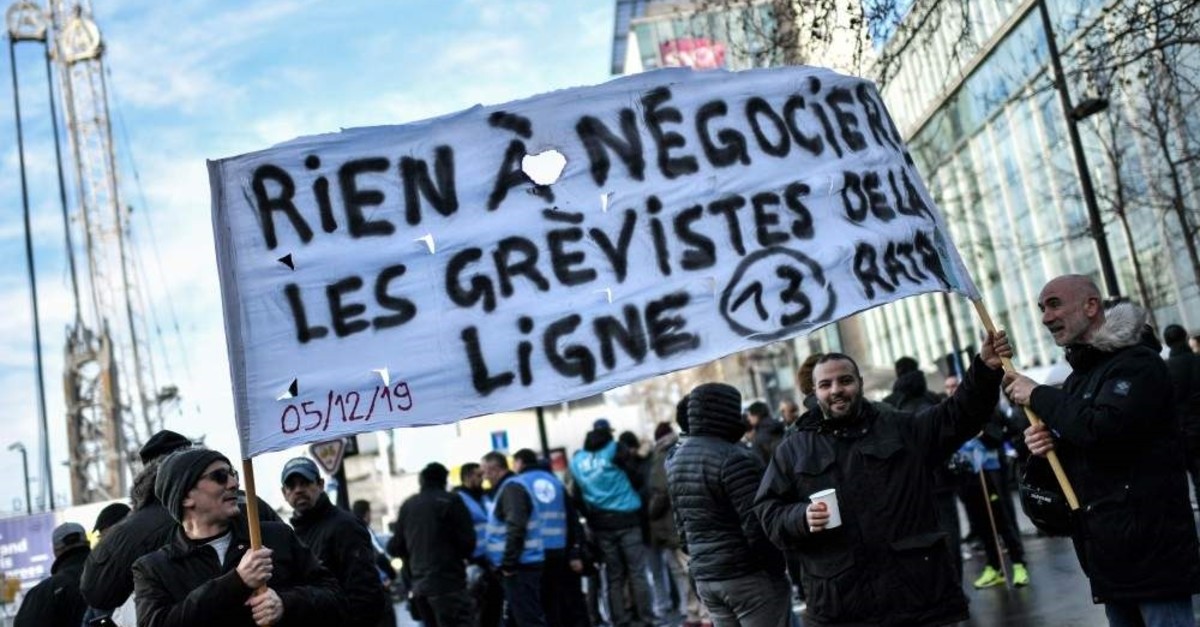 The nearly three-week standoff between French train drivers and the government over pension reforms caused thousands of Christmas travel plans to crash and burn, as France continues to suffer the consequences of nationwide transport strikes.

Tuesday saw 40% of high-speed rail and Express regional train rides canceled, along with up to 20% of other trains. Some were scheduled to reopen today, but this did not change the fact that traveling in France has become incredibly more difficult throughout the past three weeks.

Little-to-no progress was made between the government and unions during last week's talks, and strikers announced that they would not back down until the pension overhaul plan was scrapped completely.

Prime Minister Edouard Philippe's office said Monday that a meeting would take place on Jan. 7 between the government and trade unions, however, the government's current fixation on the reform seems to have made it impossible for the country to enjoy a smooth Christmas.

Former President Jacques Chirac had experienced a similar situation in 1995, but backed down after three weeks of rail and metro stoppages just before the holiday. The repeat of similar behavior by the current government seems to be longer-lasting as the country suffers one of its worst Christmas seasons.