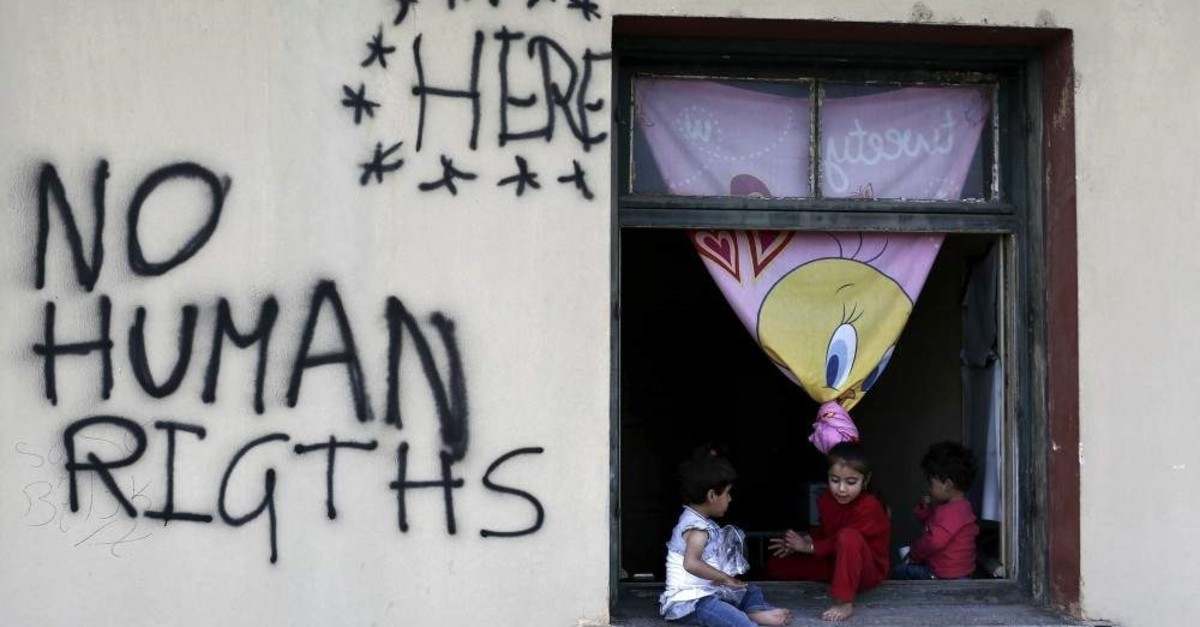 EU countries have underestimated the suffering of more than 5,000 unaccompanied migrant children in overcrowded camps in Greece with Germany rejecting calls from the EU to share the burden

As calls for bearing the burden of caring for unaccompanied children in Greece's overcrowded migrant camps has escalated, EU countries have been caught up in intra-fighting and are yet to propose a working solution to end the humanitarian crisis within their borders. The EU Commission has urged Germany and other member states to take in children from overcrowded migrant and refugee camps in Greece. "The commission is concerned about the difficult situation for unaccompanied minors on the ground in Greece and remains in close contact with the Greek authorities, underlining concerns of the situation on the heavily overcrowded islands and the very challenging situation in the hotspots," a spokesman told DPA news agency in Brussels Monday.

Greece has appealed to EU member states to share the burden of sheltering those children but says that only one country has responded to the call so far. German government officials rejected the call for the country unilaterally to take in migrant children stuck in overcrowded camps on Greek islands while urging for a solution at the EU level. Government spokeswoman Ulrike Demmer said Monday that Germany wants to help improve the living conditions of all concerned, but added: "We are seeking a European solution for the future, and Germany can't do that unilaterally."

According to EU figures, 1,922 unaccompanied minors were registered on the "hotspot" islands of Lesbos, Chios, Samos, Leros and Kos, as of Dec. 20. In Greece, as a whole, there were 5,276 unaccompanied minors at the end of November. Nine percent of them are under the age of 14 and are therefore children within the meaning of the Youth Protection Act. Of the total number of these minors, 92% are male.

Human Rights Watch (HRW) called on EU states to relocate unaccompanied migrant children from Greece to their own countries and to facilitate family reunification. European leaders have been tackling the refugee crisis both within Europe and along its borders, however, failure in coming up with effective policies has left the problem unsolved. Due to the lack of a common response to migration inflows, migrants have been facing the same unwelcoming approach from EU countries. So far, every standoff regarding migrants takes weeks to resolve, revealing the limits of EU tolerance and its inherent deficiencies in promptly resolving dire situations. Instead, they get caught up in intra-EU struggles on what to do with migrants, while effectively dashing their European dreams.

The EU relies on Turkey to curb the arrival of refugees into Europe following a 2016 agreement to seal off the Aegean route after more than 1 million people entered the bloc. Under the deal, Greece sends back migrants held on the Aegean islands they crossed to from nearby Turkish shores and in return, EU countries receive a number of Syrian migrants legally. The deal, reinforced with an escalated crackdown on human smugglers and more patrols in the Aegean, significantly decreased the number of illegal crossings.

As the migrant population continues to grow, Greece has urged the EU to share the responsibility of the ongoing influx to its islands. This year Greece became the migrants' main entry to Europe once again, with more than 55,000 arrivals by sea and more than 14,000 by land from Turkey, according to the U.N. refugee agency.