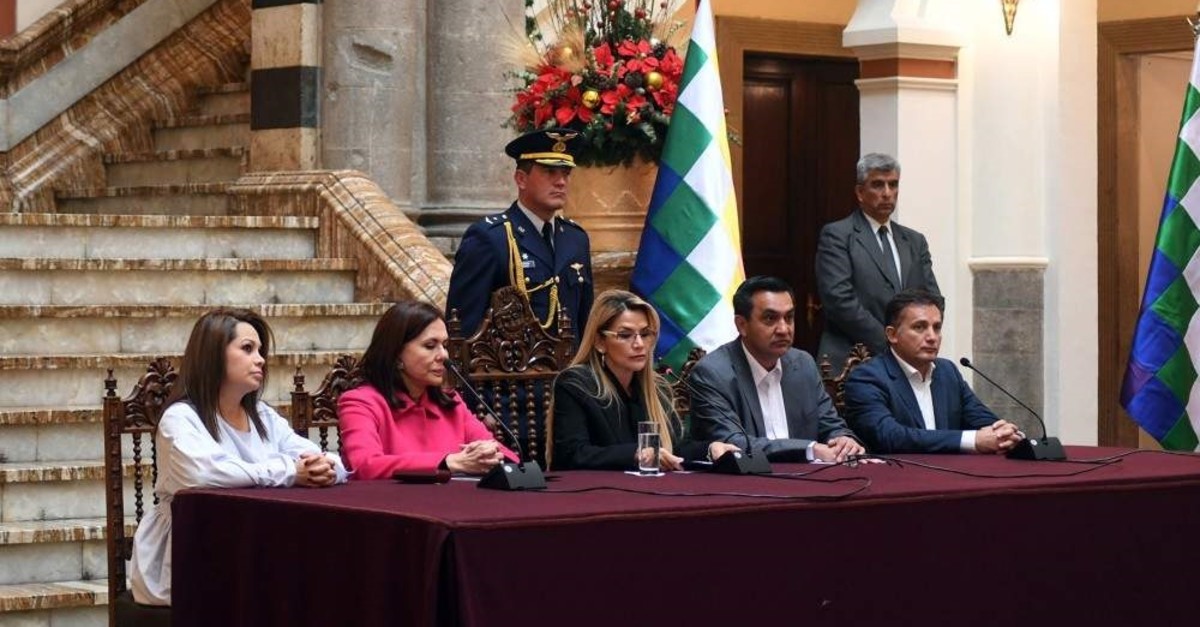 The Socialist government of Spanish Prime Minister Pedro Sanchez said the three diplomats had 72 hours to leave the country.

Hours earlier, Anez stated that "the constitutional government that I preside over has decided to declare persona non grata the ambassador of Mexico in Bolivia, Maria Teresa Mercado, the charge d'affaires of Spain, Cristina Borreguero, and the (Spanish) consul, Alvaro Fernandez."

She accused the diplomats of having "seriously harmed the sovereignty and dignity of the people and the constitutional government of Bolivia" and likewise gave them 72 hours to depart.

Mexico's foreign ministry denounced what it termed a "political" decision.

Bolivia has accused Spanish embassy staff of trying to infiltrate the Mexican mission in La Paz with masked men to extract the former aide to Morales – who resigned in November after weeks of protests over his controversial re-election and is now in Argentinian exile.

Madrid categorically denied the claim, saying its riposte was a reaction to "a hostile gesture by the Bolivian government to declare two Spanish diplomats persona non grata.

"Spain wishes to maintain close relations of friendship and solidarity with the country and brother people of Bolivia," Madrid concluded, urging La Paz to return to a "common-sense path of confidence and cooperation between our two countries."

Arturo Murillo, interior minister in Anez's transitional government, said Saturday he believed an attempt had been made to extract Juan Ramon Quintana, a former right-hand man to Morales who is sought by Bolivian authorities.