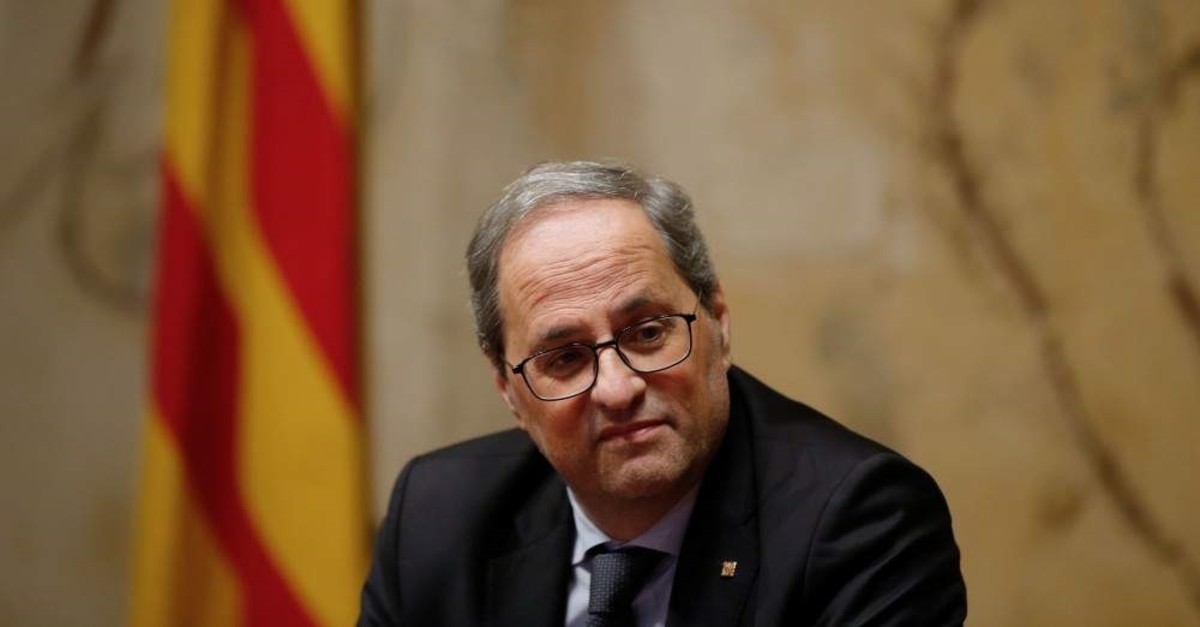 Spain's electoral board on Friday disqualified the regional president of Catalonia from holding a seat in the regional parliament, in a decision that could have broad repercussions in Catalonia and disrupt plans for a new government in Spain.

The National Electoral Board took the decision after a Catalan court last month barred regional Catalan President Quim Torra from public office for 18 months for disobedience. He had refused to remove secessionist symbols from public buildings in the northeastern region during an election campaign.

It will likely also be a major issue for a Socialist-led coalition government, which is widely expected to take office this month. The coalition is heavily dependent on an abstention vote by the Catalán ERC party, which is a partner in Torra's regional government.

Torra said this week he will seek a regional parliament vote of confidence if he is disqualified. He said only the Catalan parliament could disqualify him.

In the trial, Torra was charged with failing to comply with orders from the country's electoral board to remove yellow secessionist ribbons from the regional government's headquarters in Barcelona before Spain's April 28 national election. The ribbons are how Catalan separatists show support for the movement's leaders, nine of whom received prison sentences last fall for their role in a failed secession bid in 2017.

The secessionist movement in the region of 7.5 million is Spain's gravest political challenge in decades. Polls show residents in Catalonia are roughly evenly divided over the question of independence from Spain.

Torra, who is fervently in favor of independence and Catalonia's right to self-determination, told the court he did not believe the electoral board had the right to order him to remove the symbols.

Spain's constitution rules that the country is indivisible.