Number of UK children with mental health problems on the rise 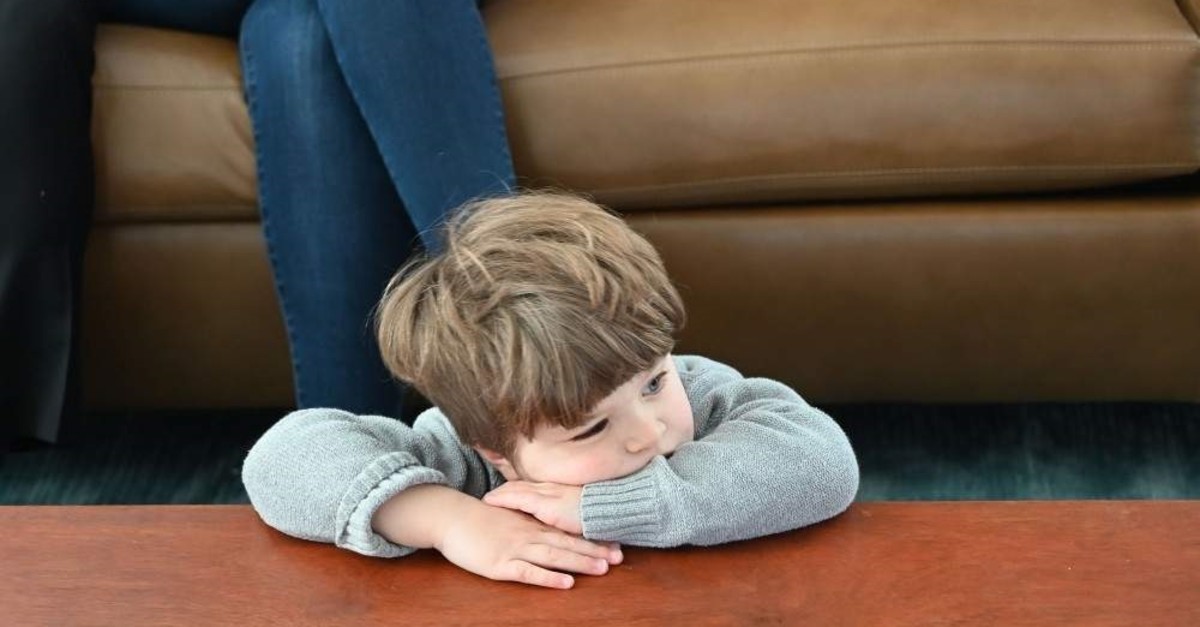 Three-year-old Johan listens as parents Maren and Ricardo Chamorro give an interview to AFP in the living room of their home in McLean, Virginia, Dec. 26, 2019. (AFP Photo)
by Daily Sabah Jan 06, 2020 4:32 pm

The number of children in the U.K. admitted to Accident & Emergency (A&E) has increased 330% over the past decade, according to data compiled by the Independent, showcasing a dramatic rise in mental health issues among children.

The Independent, basing its analysis on data gathered from various health departments, linked the issue to reduced community services such as the limited use of police cells for children needing a hospital bed, with A&E departments becoming increasingly favorable for patients, out of necessity.

This limitation, coupled with the fact that mental health issues have been on the rise among youngsters, resulted in a 330% increase in the number of young people admitted to an A&E with a psychiatric diagnosis since 2010.

Referral criteria analyzed by the Independent also revealed that the National Health Service's (NHS) mental health trusts are actively restricting services to children unless they think that the child in question is in an alarming condition. The data gathered from Pulse magazine found that out of the 29 NHS mental health trusts, only about a third accepts patients who are in "severe/significant" condition.

Additionally, only six of the trusts were reported to accept children with all severities of mental health issues.

Some general practitioners (GP) quoted by the Independent suggested that children go to the lengths of attempting suicide in order to be accepted as patients and get the necessary treatment.

A GP in West Sussex was quoted as saying: "One way to get to the system very quickly is to attempt suicide. Mental health services wash their hands. They just say 'it doesn't meet our criteria,' but do not suggest who does."

Another GP in Essex added, "Referrals come back saying the patient doesn't meet the criteria and suggesting where the child or adult can get support locally from counseling services run by charities."

"But often they need a doctor or a psychiatrist and charities don't have that option. We've seen quite a number of deaths by suicide in teenage children in our area. Children are really struggling with mental health and we don't have a lot to offer," the GP added.

NHS mental health services' failure to meet the increasing demand and their poor handling of patients has put pressure on A&E departments, with the demand increasingly shifting to the latter.

But the numbers also revealed a general rise in mental health deterioration among youth in the last decade. NHS data claimed 6,161 children under the age of 18 had been admitted with a psychiatric problem in 2009-2010. This number increased every year, peaking in 2018-2019 with 26,593 children recorded by the NHS. That figure indicates an average of 72 children every day.

The deputy chief executive at the Center for Mental Health policy think tank, Andy Bell, was quoted by the Independent as saying that the data did not come as a surprise.

He claimed that there has been a deficiency in help for citizens as the services are fragmented in the face of rising demand. The restricted use of police cells for sick children under the Mental Health Act contributed to this fragmentation, he added.

"There has been a significant increase in demand but we haven't seen an increase in capacity. That will be one reason for this in that people are being made to wait longer for help and more children are reaching a crisis point. A&E is not the best place to be if you are having a mental health crisis," Bell was quoted as saying.

Mental health problems in children between the ages of 5 and 15 have risen from 9.7% in 1999 to 11.2% in 2017, according to NHS England. Britain and its various health organizations have been ineffective in tackling the issue, the data analyzed by the Independent showed.